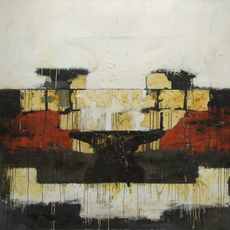 Paul Manes was born May 4, 1948 in Austin, Texas. He began his professional career in New York City in the early 1980s. His art has been widely exhibited in America and Europe and his paintings have been acquired by many museums including the Metropolitan Museum of Art, the Solomon R. Guggenheim Museum, the Museum of Fine Arts in Houston, the Detroit Institute of Arts, the Art Museum of Southeast Texas in Beaumont, the Tucson Museum of Art, the Herbert F. Johnson Museum of Art at Cornell University, and the Hyde Collection Art Museum. His work forms part of numerous private collections in the United States and Europe.