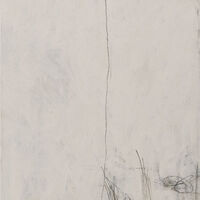 Born in Canada in 1959, Ron Kingswood’s love of both nature and painting traces back to frequent hunting trips he took throughout northern Ontario with his father. At the age of nine, Kingswood began painting with watercolors, depicting the animals he observed on these trips in the detailed, illustrative style that characterized traditional wildlife painting in North America. This style saw him through high school, his formal art education at the H.B. Beal Secondary School in Ontario, and his earliest commercial successes. However, Kingswood’s works underwent a radical change in the mid-1980s. Kingswood moved from acrylic to oil paint, adopting a new concern with large format canvases, and, most significantly, switched from representational realism to a distinctly impressionistic approach.

Kingswood defines this approach – which he calls “susceptivism” – as an expression of a deeply emotional reaction to color, something the artist finds more challenging and personally satisfying than his earlier style. Though the natural world is still at the heart of the works, Kingswood’s paintings now reflect a greater emphasis on color and design than on subject matter. Negative space and gestural markings suggest light and atmosphere; off-center focal points give the wildlife a sense of being just glimpsed; and the large canvases draw viewers into works that are experienced as much as they are viewed. The resulting expressions of movement, energy, and emotion offer a unique view of nature itself.