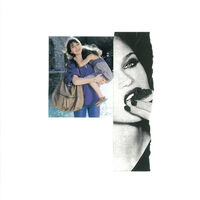 Rosalind Nashashibi makes films which reveal the rhythms and patterns of everyday life, and explore the boundaries between reality and fiction. Although she uses real situations, Nashashibi is not interested in documenting real life in an anthropological manner. Rather, she is fascinated in the rituals played out by social groups, such as families, community groups and students. She explores the passage of time and the ways in which we interact with our environment and with each other, finding interest in everyday situations. In addition to short films, Nashashibi has also made drawings and collages. Born in Croyden, she studied art in Sheffield and at Glasgow School of Art. She was awarded the Beck’s Futures Prize in 2003. In 2007 she exhibited as part of Scotland + Venice at the 52nd Venice Biennale. She has exhibited widely and her solo shows include Murray Guy, New York (2013); Objectif Exhibitions, Antwerp (2013) and ICA, London and Bergen Kunsthall, Norway (2009).