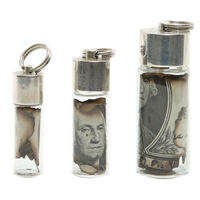 View all works
Career highlights
Collected by a major institution
Tate, and 1 more
See all past shows and fair booths
Bio
Submitted by Over the Influence

Scott Campbell is known throughout the world as being one of the most talented hands in the world of tattooing. He owns and operates the legendary Saved Tattoo in Williamsburg, Brooklyn, whose client list includes New York's art and design elite, fashion designers such as Marc Jacobs, and a long roster of celebrities including Heath Ledger, Josh Hartnett, Orlando Bloom, Helena Christensen, and Penelope Cruz.

Born in New Orleans in 1977, Campbell began tattooing after abandoning a career as a biochemist at the University of Texas. He learned the craft at Picture Machine, one of the oldest shops in California.

In recent years, he has gained worldwide notoriety in the art world for his work in mediums other than skin, including intricately carved sculptures made out of US currency, a series of watercolor paintings based on his experiences during a 6 week stay in a maximum security prison in Mexico City, and graphite drawings done on the insides of eggshells. Campbell's work is in some of the most revered collections and museums worldwide.