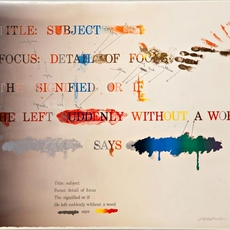 Shusaku Arakawa was an architect and Japanese artist. He referred himself as obstructionist of distant future and eternal outsider. He studied medicine and mathematics in Tokyo University and the art at the University of Musashino. His early work was displayed in the famous Yomiuri Exhibition. He also believed that people were not supposed to die. He had several exhibition of his good work in many parts of the world. Some of these exhibitions were in London, Amsterdam, New York, and Paris. Shusaku Arakawa had also done the poetry. Madeline Gins was his wife who helped him to design public spaces and houses, which were aimed in helping people to stop from ageing. Early 1963 Arakawa collaborated with other fellow artists, poet, and architect Madeline Gins, on research project. They were the co-founders of Reversible destiny foundation. The organization was aimed to use architecture for extending human lifespan. They have written books together such as reversible destiny. He later on died on 18th of march 2010 after being hospitalized for a week.