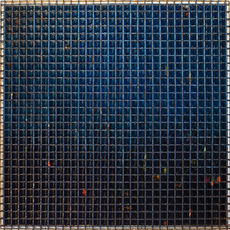 Sopheap Pich is one of a number of Cambodian immigrant artists who have returned to Cambodia after a period of years abroad and is probably the best known contemporary Cambodian artist outside Cambodia. he has been influential in bringing conceptual art and the practice of art criticism to Cambodia which has no history of art theory or analysis. his family fled Cambodia in 1979 when the Vietnamese army invaded the country and ousted Pol Pot’s Khmer rouge. They spent 4 years in refugee camps and when Sopheap Pich was 13 his family emigrated to the US where against their wishes he studied art.
in 2002 he returned to Cambodia for a visit and immediately felt he had arrived home. His art concerns itself with the complex economic and social transitions which his country is now undergoing. Originally working in paint, Pich began to feel that his work was not connecting with his people and seeking a new direction began to sculpt using rattan and cigarette packets when he saw a picture which his girlfriend took of him working with the rattan, his happiness was evident and he realised he had discovered his medium. Many of his rattan sculptures refer to human organs such as lungs and stomachs because Cambodians have a lot of health problems, particularly stomach problems after the poor nutrition resulting from the Pol Pot repression. his work is currently on show in the exhibition.

’My main materials are rattan, bamboo, and metal wire – the stuff that is common and cheap in Cambodia. my tools are simple: razorblades, knives, axes, pliers, a blowtorch. The manual labor allows me the time to contemplate on the forms and my relationship to it. this relationship between the viewer and the form is what matters most to me, and each pieces are open to interpretations by the viewer.'
Sopheap Pich