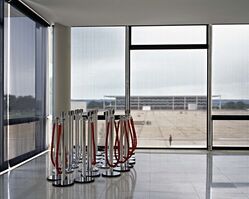 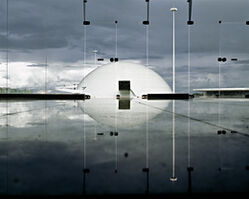 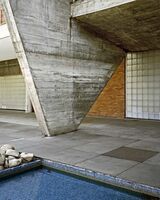 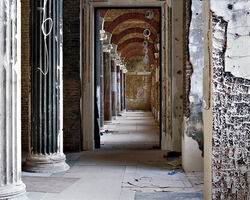 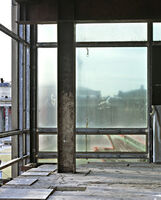 Photographer Thomas Florschuetz is best known for his large-scale montages of images of his body, which he called “Early Bodyfigures” (1980-1990). In these works, Florschuetz explored his interest in vanity and subjectivity, documenting a sort of performance in which he revealed various parts of himself—hands, feet, and face—to the camera. His work since has focused on capturing a fragmented experience of architectural and natural forms and spaces, playing on the difficulty of perceptual distinction between interior and exterior. And in recent series, he has photographed flowers and airplanes, presenting close-up shots from various angles in combination in an effort to produce a total visual experience of his subjects.