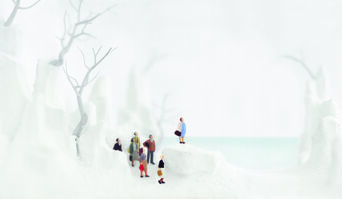 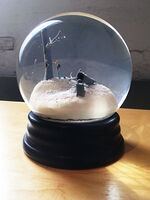 Collaborative duo Walter Martin and Paloma Muñoz create detailed photographs of miniature snowbound environments. To make these wintry scenes, Martin builds clay figures and arranges them within snow globes, which Muñoz then photographs and meticulously stitches together digitally. Though tiny, the landscapes take on a monumental quality when presented as photographic prints, and their variously playful and sinister situations reveal a hidden darkness of the countryside. These works—and their subtext—were inspired by the pair’s move from New York City to the country. “Eventually the woods and the countryside weren't as inviting and pleasant as we'd imagined them,” Martin has said. “We discovered a lot of things we found disturbing...hearing gunshots in the forest, having seen bears, almost stepping on a snake in the forest.” 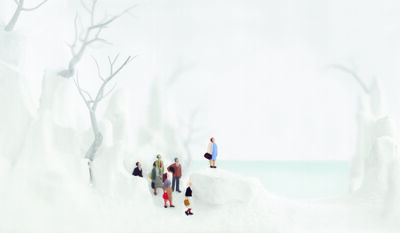 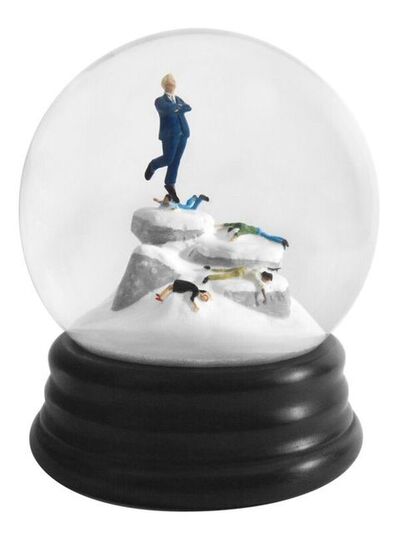 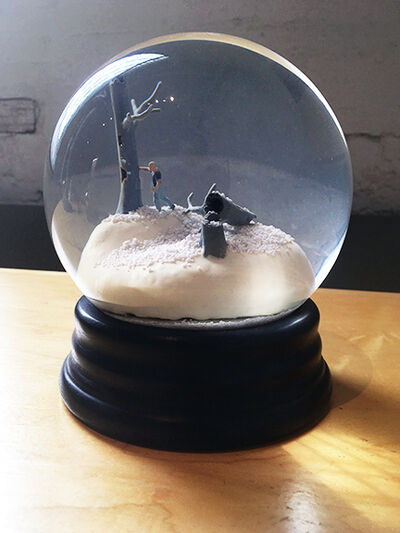