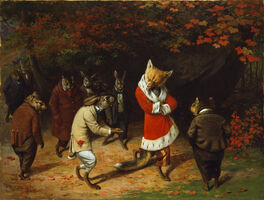 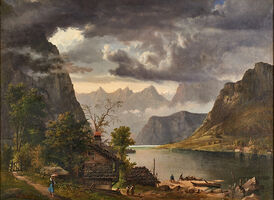 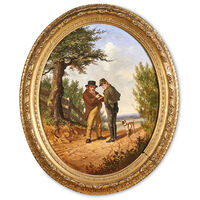 Though William Holbrook Beard began his career as a portrait and landscape painter, he became immensely popular as an animal painter. His works featured a wide variety of species, but his most favored were rabbits, cats, monkeys, squirrels, and, above all, bears. These paintings were frequently narrative or allegorical works describing universal conditions or concerns with animals in place of human figures. Beard received equal parts acclaim and censure for his humorous satires. Unlike other anthropomorphic animal illustrators of his time, Beard set himself apart in his careful attention to the anatomy and nature of his animals. Beard was widely traveled, and ventured through Europe in the company of Albert Bierstadt and Worthington Whittredge. His studio neighbors in New York City were William Merritt Chase and Winslow Homer. His brother, James Henry Beard, was also a painter. 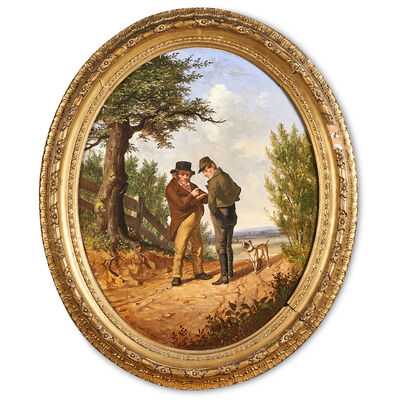 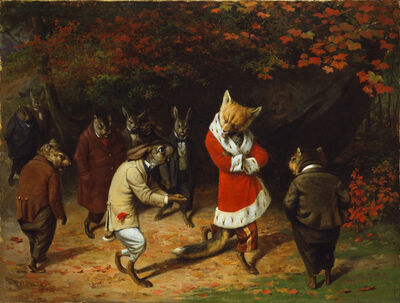 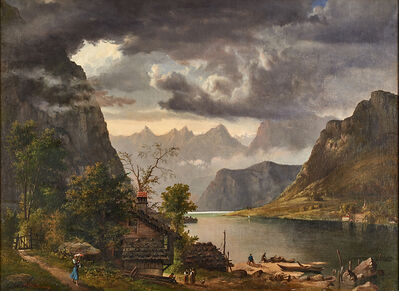