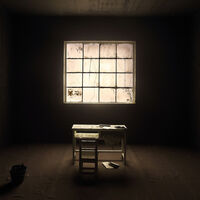 Born in 1980, Shanghai, China; Yang was trained as a pupil to traditional Chinese art since early childhood, later graduated from China Academy of Art in Shanghai in 2003, majored in Visual Communication. Yang exploits a connection between traditional art and the contemporary, implementing ancient oriental aesthetics and literati beliefs with modern language and digital techniques.