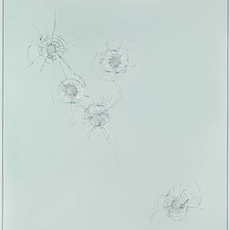 View all works
Career Highlights
Group show at a major institution
The Museum of Modern Art (MoMA), and 3 more
Reviewed by a major art publication
LEAP
Included in a major biennial
Biennale of Sydney
See all past shows and fair booths
Bio
Submitted by Tang Contemporary Art

Born in 1982 in Xinjiang, China, Zhao Zhao graduated from the Xinjiang Institute of the Arts in 2003 and later attended the Beijing Film Academy. The former assistant to Ai Weiwei and now regarded a significant figure among the young Post-80s generation of contemporary Chinese artists – Zhao Zhao’s work is often associated with anti-authoritarian or non-conformist tendencies, renowned for confronting existing ideological structures and exercising the power of individual free will in his work. His provocative, multidisciplinary artistic practice has garnered him international attention in recent years with critically-acclaimed exhibitions across China, North America and Europe as an ‘artist to watch’.