Artworks and design objects made in whole or in part from bone, including any part of the skeleton of an animal, such as a skull. Bone objects—like simple tools, points, and fish-hooks—are among the earliest crafted by humans, dating as far back as 500–450,000 BCE. In Egypt and Mesopotamia, bone was inlaid as decoration and used for cooking and sewing tools, though ivory was the preferred material. In Greece and Rome, metals replaced bone for cooking and hunting tools. Subsequently, in cultures around the world, bone has been used primarily to create decorative and ritual objects. 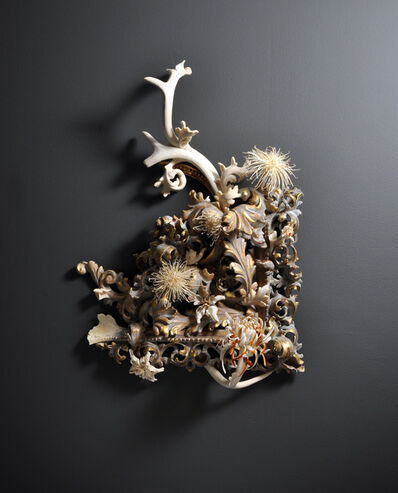 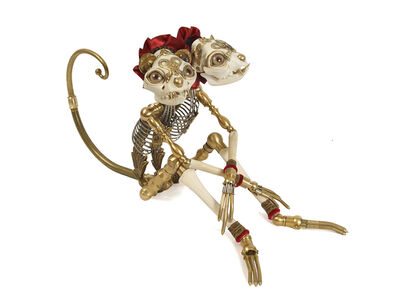 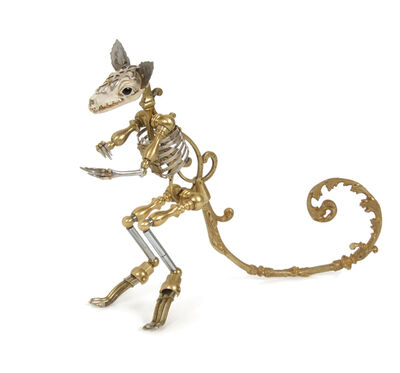 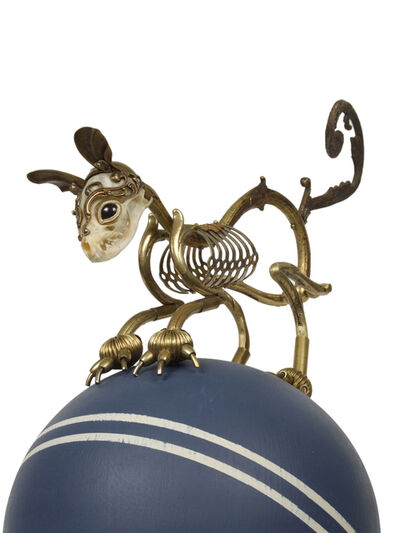 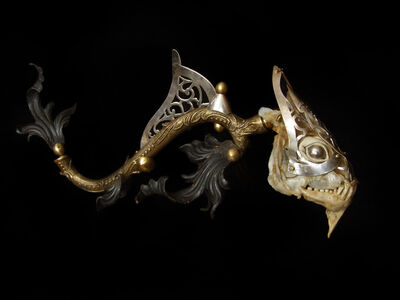 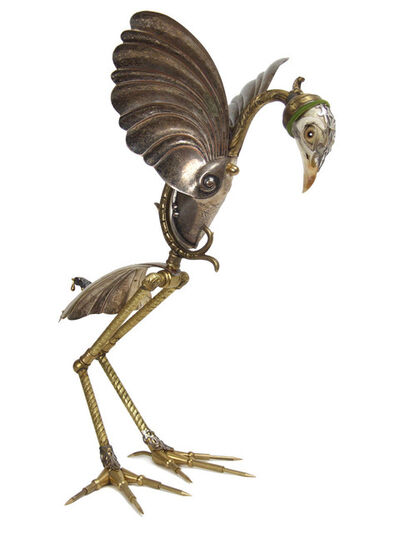