Includes artworks that contain an embrace or a kiss between figures. These physical expressions represent affection between people ranging from the platonic to the romantic. In their most intimate iterations in art, hugs and kisses are often seen in bedrooms and bathrooms and among people at home. The cross-cultural motif of the embrace between the mother and her child occurs from Ancient Egypt to the Christian tradition of depicting the Madonna and Child. In other contexts hugs and kisses are among the most highly visible public expressions at parties and celebrations. 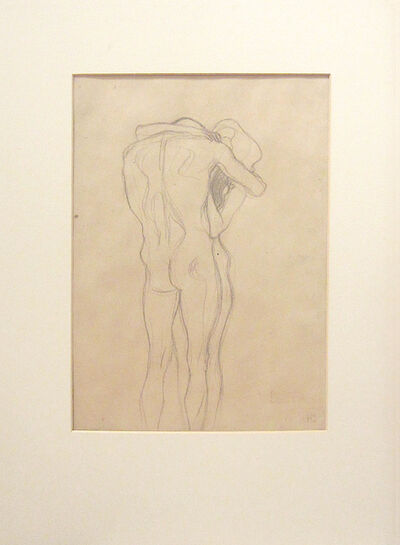 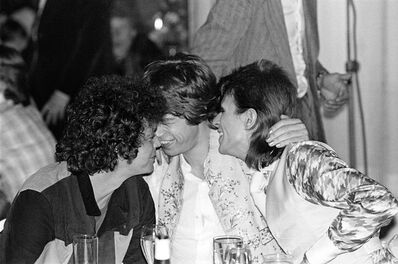 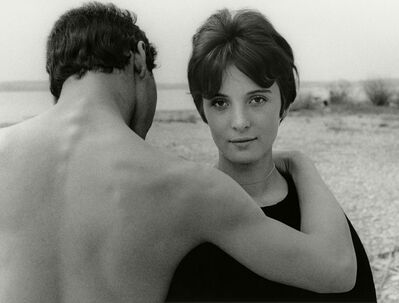 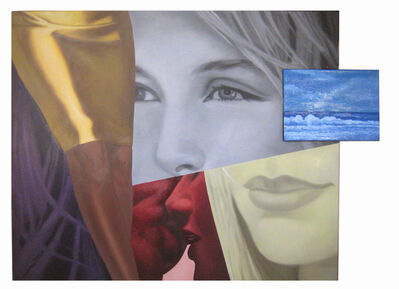 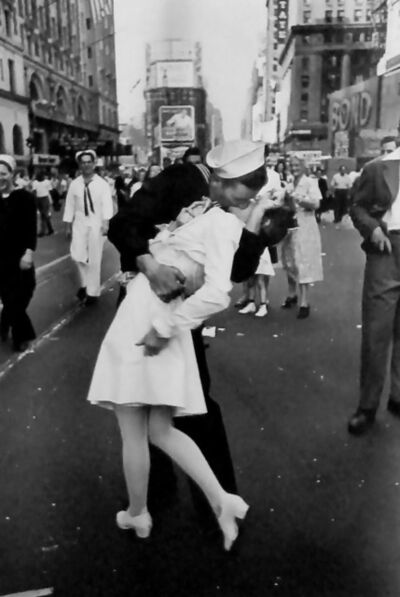 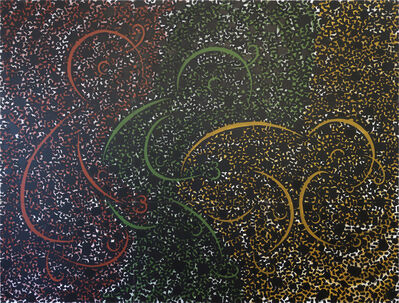 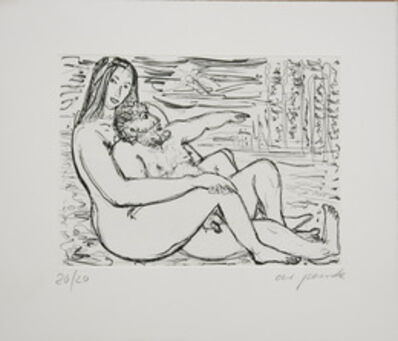