Works created by applying an artistic medium directly to the wall. Petroglyphs and paintings applied to cave walls, like those at the Chauvet-Pont-d’Arc Cave in France, are among the oldest artworks in the world. Wall paintings occur in the ancient world from Egypt to Pompeii. Variations on the fresco technique, in which pigment is applied to a wet wall surface, produced some of the most recognizable images in the Western world, including Leonardo DaVinci’s The Last Supper and Michelangelo’s ceiling frescoes in the Sistine Chapel. In the 20th century, diverse iterations of this technique have appeared: Mexican muralism brought wall painting to the fore as a large-scale political medium, graffiti became a familiar part of the urban landscape, and the rule-based geometric wall works of Sol LeWitt are considered icons of conceptualism. Two-dimensional works that are adhesively applied to walls, such as vinyls and non-domestic wallpapers, are also included. 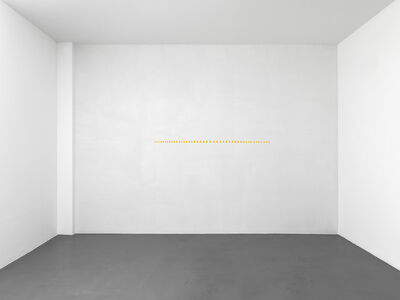 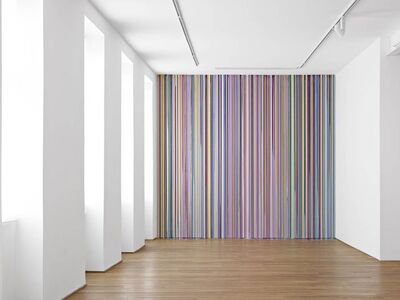 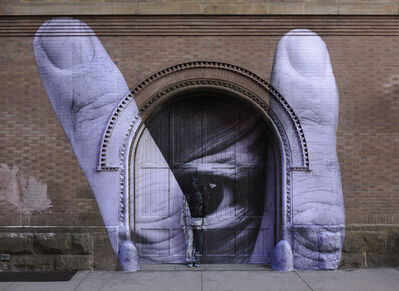 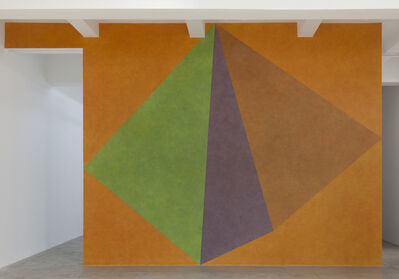 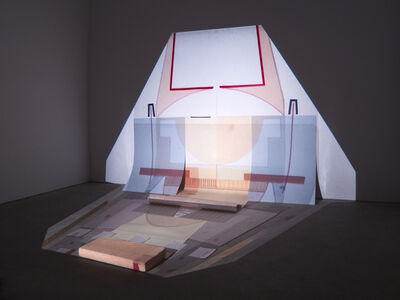