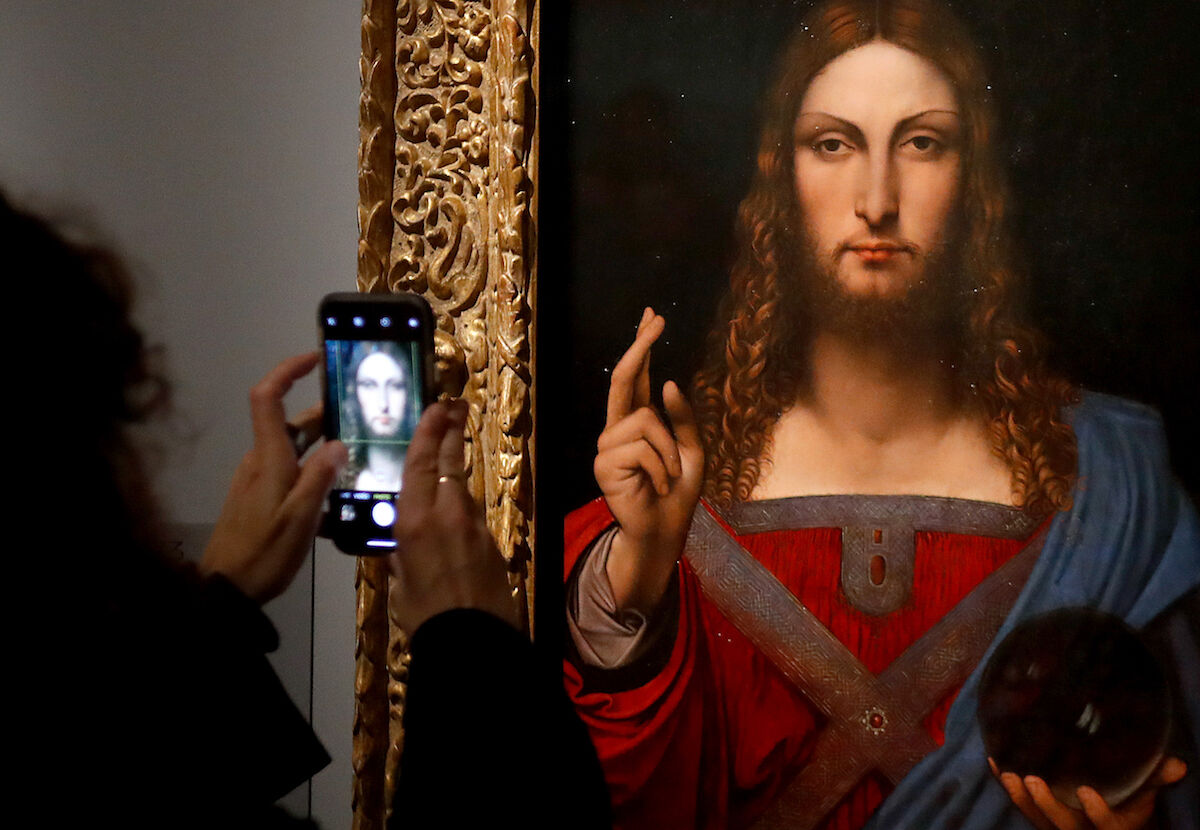 A visitor takes a photograph of a painting in the Leonardo da Vinci exhibition at the Louvre museum in Paris. Photo by François Guillot/AFP via Getty Images.

The Louvre’s blockbuster Leonardo da Vinci exhibition was seen by an astonishing 1,071,840 visitors during its four-month run, which ended Monday. The record figure is nearly double the Louvre’s previous record for exhibition attendance, set in 2018 by the museum’s Eugène Delacroix retrospective, which brought in 540,000 visitors. Over its 104-day run, the Leonardo exhibition was seen by an average of 9,783 visitors.

Jean-Luc Martinez, President-Director of the Louvre, said in a statement:

It’s wonderful that 500 years after his death, an Italian Renaissance artist continues to fascinate the general public. Today, there are two things I’m proud of: managing to assemble the greatest number of Leonardo’s works ever, and welcoming such a large and diverse audience.

Several unique offerings like 46 late-night viewings and keeping the exhibition open non-stop for 81 hours during its closing weekend, allowed 30,000 extra visitors to see the hugely popular exhibition. In addition to the 46 “nocturne visits,” some 85 groups, like schools and disabled parties, were given access to the museum on Tuesdays, when it is usually closed to the general public. According to The Art Newspaper, upwards of 380,000 visitors to the exhibition received free admission. The museum claimed it was able to “smooth the flow of visitors” by implementing an obligatory reservation system for tickets to the exhibition. The Louvre consistently ranks as the most-visited museum in the world; in 2018 it hit a new high-watermark, with 10.2 million visitors.

The exhibition ran from October 24, 2019 through February 24, 2020, commemorating the 500th anniversary of the death of the Italian Renaissance legend. In addition to the five Leonardo paintings the Louvre owns, it was able to procure loans of four signature Leonardo works—including the Benois Madonna (ca. 1480-1482), La Scapigliata (ca. 1500-1510), The Penitent Saint Jerome (ca. 1480-1482), and Portrait of a Young Man Holding a Musical Score (ca. 1483-1490). The most expensive artwork ever sold, Salvator Mundi (ca. 1500), was not included in the exhibition, perhaps due to controversy over the painting’s attribution. Visitors also experienced Mona Lisa: Beyond the glass, “the first virtual reality experience ever offered by the museum,” according to a Louvre press release. To date nearly 50,000 copies of the exhibition catalogue have been sold.