Most of a 12,000-year-old fossilized skull was recovered from the rubble of Brazil’s National Museum. 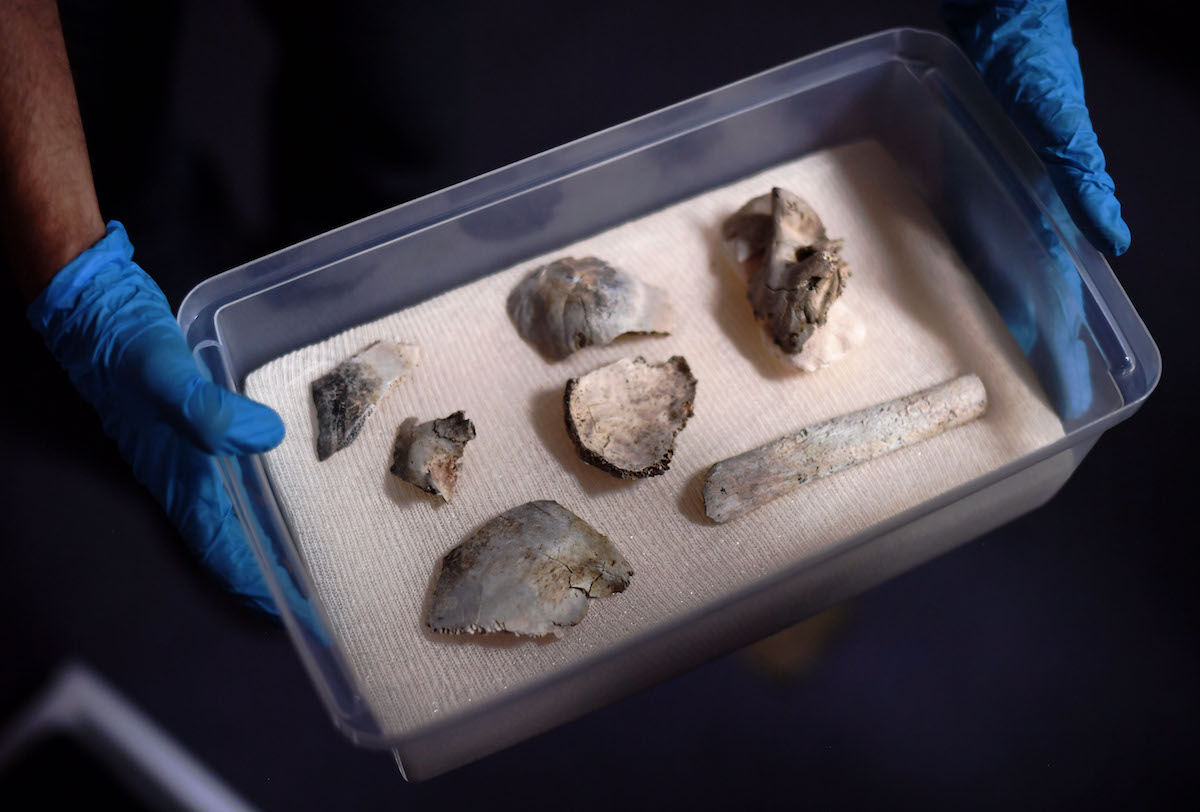 Fragments of the oldest human fossil found within today’s Brazilian borders, known as ‘Luzia,’ which were found among the rubble of Rio de Janeiro’s National Museum. Photo by Carl de Souza/AFP/Getty Images.

What are the odds? Ninety percent of the more than 20 million artifacts held inside the National Museum of Brazil were thought to be lost in last month’s devastating fire. And yet, miraculously, 80% of Luzia's skull fragments have been identified, the Rio de Janeiro institution’s director announced on Friday.

Luzia, the 12,000-year-old skeleton, is the oldest human remains discovered in Latin America and was the museum's most treasured artifact. Workers at the National Museum are confident they can gather remaining missing pieces of the centuries-old skull and then attempt to reassemble it.

The cause of the fire early last month, which gutted the 200-year-old museum, is still under investigation. The skull is said to have survived because it was strategically stored inside a metal box inside a cabinet.

Archaeologist Claudia Rodrigues said, “[The remains have] suffered alterations, damage but we're very optimistic at the find and all it represents," according to the AFP news agency.