After 122 days of bargaining, the Museum of Modern Art and its biggest union have agreed on a new contract. 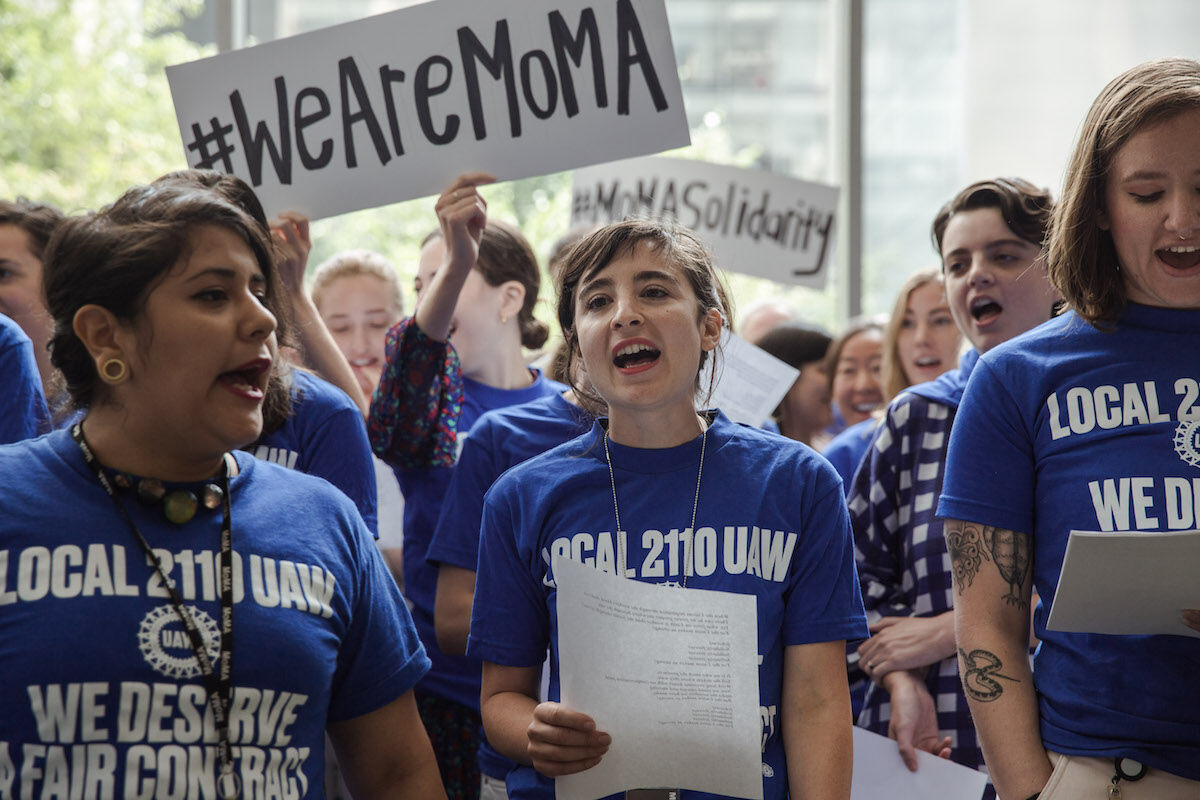 On Thursday, members of the biggest union at the Museum of Modern Art voted to approve a new five-year contract. The union, Local 2110 of the United Automobile Workers (UAW), had spent 122 days bargaining with the Museum administration over the terms of the contract before arriving at a solution on Tuesday after a marathon 12-hour negotiation session. The new contract provides retroactive raises for its roughly 260 members from May 21, the day after the union’s previous contract expired, as well as preserving step increases for longtime employees, which the Museum had previously sought to eliminate.

“The Museum wanted to get rid of our step system, which is the primary way longer-term employees get their salaries to a livable rate in New York City,” Chelsey Swilik, an administrative assistant in MoMA’s visitor engagement department and member of Local 2110’s bargaining committee, said in a statement. “Had they succeeded, it would have lowered the compensation standards for all MoMA employees and for other Museum workers.”

“The various membership mobilizations and visibility actions clearly had an impact on the Museum’s position,” Maida Rosenstein, the president of UAW Local 2110, told Artsy over email. “In particular, we think the overwhelming membership participation in the August 6 walkout/lobby action caused the Museum to move significantly during the last two bargaining sessions.”

One issue left unresolved by the new contract is the precarious standing of curatorial assistants, who have low salaries and very little job security. Their situation will be addressed in an upcoming hearing at which the union will present their situation before a neutral arbitrator, according to Local 2110. The last three months of protests and negotiations have taken place against the backdrop of a $450-million renovation and expansion project that MoMA is aiming to complete next year.

“MoMA has an extraordinary staff and we are pleased with the fair and amicable resolution we reached with Local 2110,” a spokesperson for the Museum told Artsy. “We believe this five-year contract will keep our dedicated staff and the Museum on a path of financial stability and future growth.”