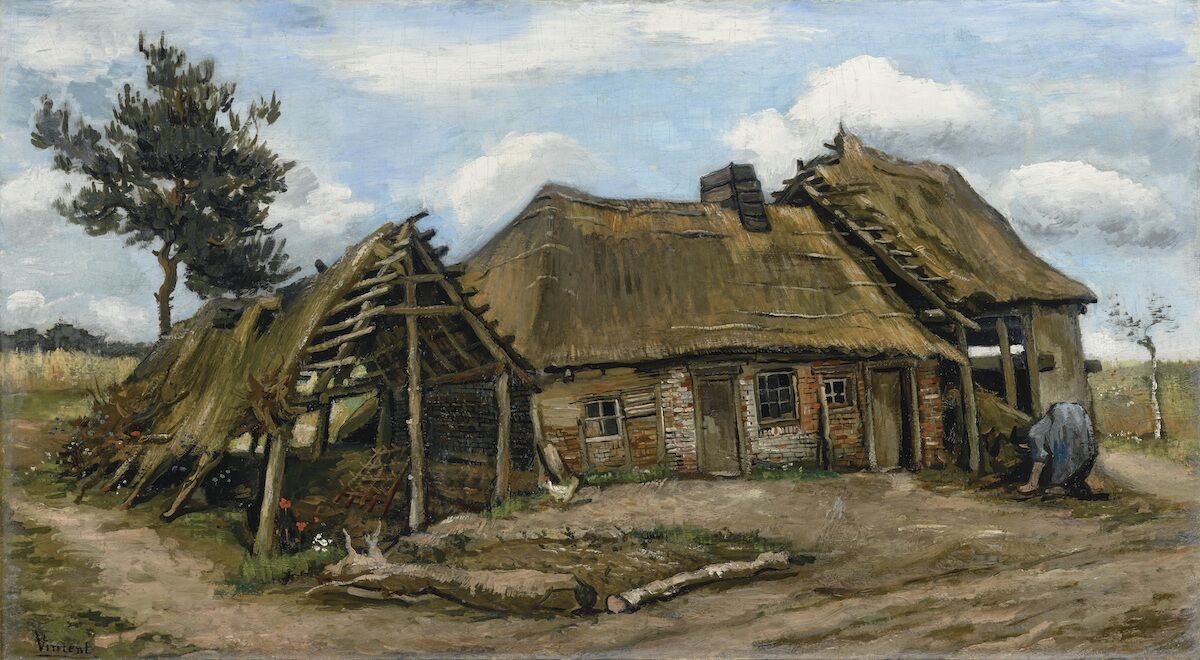 Vincent Van Gogh’s Paysanne devant une chaumière (Peasant Woman in front of a Farmhouse) (1885) sold to a private collector for about €12 million to €15 million ($13.5 million–$16.9 million) at TEFAF Maastricht. The painting, which sold for just £4 at a farm sale in 1967 and £45 the following year in London, is the biggest sale reported so far at the Dutch fair, which opened on Saturday despite industry-wide fears of the coronavirus outbreak.

The painting is being exhibited at the fair by London-based gallery Dickinson. Emma Ward, the gallery’s managing director, told The Art Newspaper: “We are happy to say that subject to the usual contractual paperwork and anti-money laundering due diligence checks being carried out, we have agreed the sale of the Van Gogh.”

The painting’s high price is a far cry from its first entry into the market. Before its sale in 1967, the work had hung in the Billington Farm homestead outside Stafford in the U.K. since 1929, when farmer John Holme accepted the painting as payment for farm supplies. His son, Charles, sold the painting for £4 in a general farm sale after the elder Holme retired.

The work resurfaced the following year in an antique shop in Belsize Park, London, where it was spotted by Italian BBC employee Luigi Grosso, who suspected that the work might be an original. Grosso bought the painting for £45, and, with the help of curator Alan Bowness, got it authenticated.

Grosso put the painting up for auction in 1970 at Sotheby’s in New York, where it sold for $110,000 to Hollywood film producer Joseph Levine, who then sold it to the Cuban-born American collector Roberto Polo in 1983. Polo sold it two years later at Sotheby’s in London, for £264,000, to a Montreal collector. The painting made a fourth trip to the Sotheby’s auction block in 2001, where it sold for $1.7 million to the American owner who is selling the work now.