After 18 years, a retired graphic designer finished his recreation of the Sistine Chapel frescoes in Mexico City. 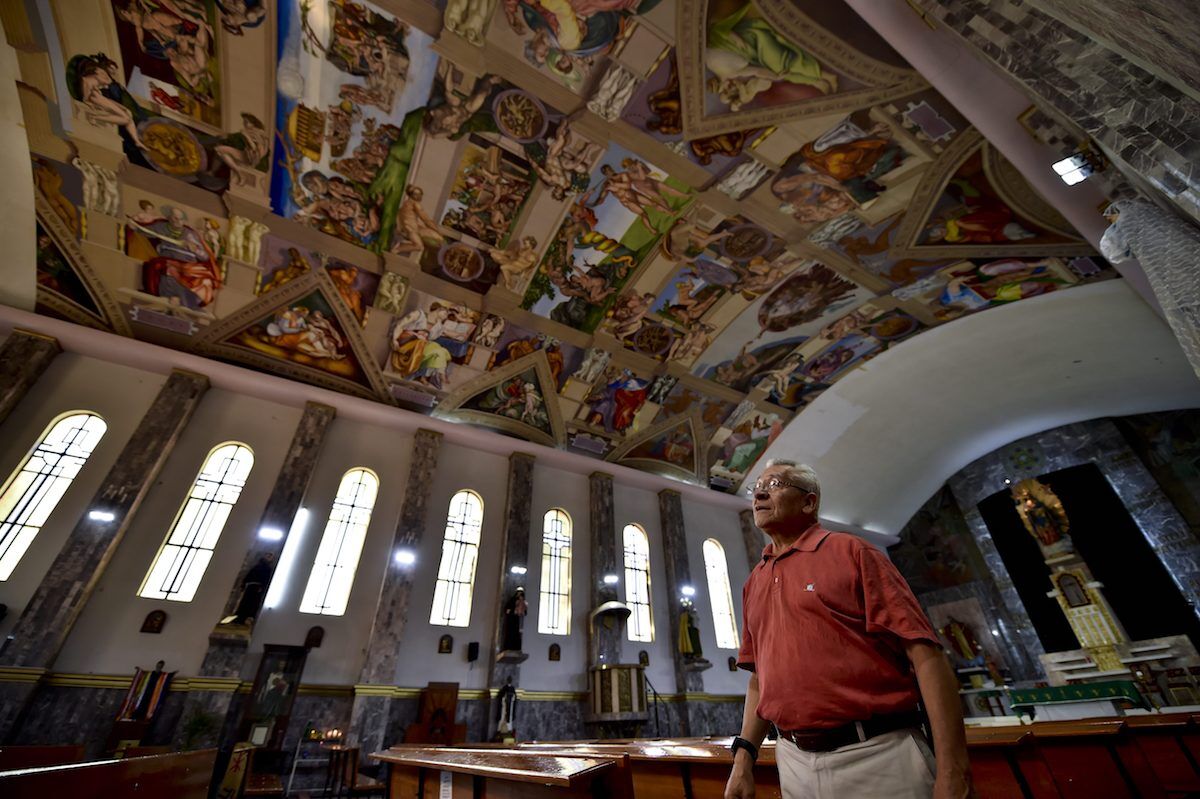 Miguel Francisco Macías shows the of copies of original paintings by Michelangelo in the Sistine Chapel that he reproduced in the church of Nuestra Senora del Perpetuo Socorro. Photo by Yuri Cortez/AFP/Getty Images.

After John D. Rockefeller Jr. removed the controversial mural he commissioned from Diego Rivera, the artist, incensed, wrote in a letter: “If someone buys the Sistine Chapel, does he have the authority to destroy it?” Another question: If you own the wall space, can you recreate the Sistine Chapel?

At least one artist thinks so. A retired graphic designer, Miguel Francisco Macías, has been painting a simulacrum of Michelangelo’s High Renaissance masterpiece on the ceiling of his local Mexico City church.

“I thought if it took Michelangelo four years, it’s going to take me about six or seven, but I didn’t have any money, so it took a lot longer,” Macías told Al Jazeera. In all, the process, for which he was not paid, took Macias 18 years.

On a trip to Rome in 1999 with a friend, Macías admired the original frescos until the guards made him to leave. Back in Mexico, he decided he wanted to offer people who couldn’t visit the Vatican an opportunity to glimpse the apotheosis of fine art. However, not everyone was as enthralled by the work at first sight.

“People did not know what it was so they said, ‘how is this possible? How come there are paintings of naked people in the church?’ I showed them the pictures and people started to understand,” Macías said.

Despite the long effort, which had many setbacks (falls, floods, robberies, a snub from the Mexico City government), Macías was determined. He even made a sign that reads: “do not give up Miguelito.”

“This is not my work; it is the work of God,” he said. “Nothing else. I am just his instrument. Nothing more.”