The 2019 Venice Biennale will be titled “May You Live in Interesting Times” and will take on fake news. 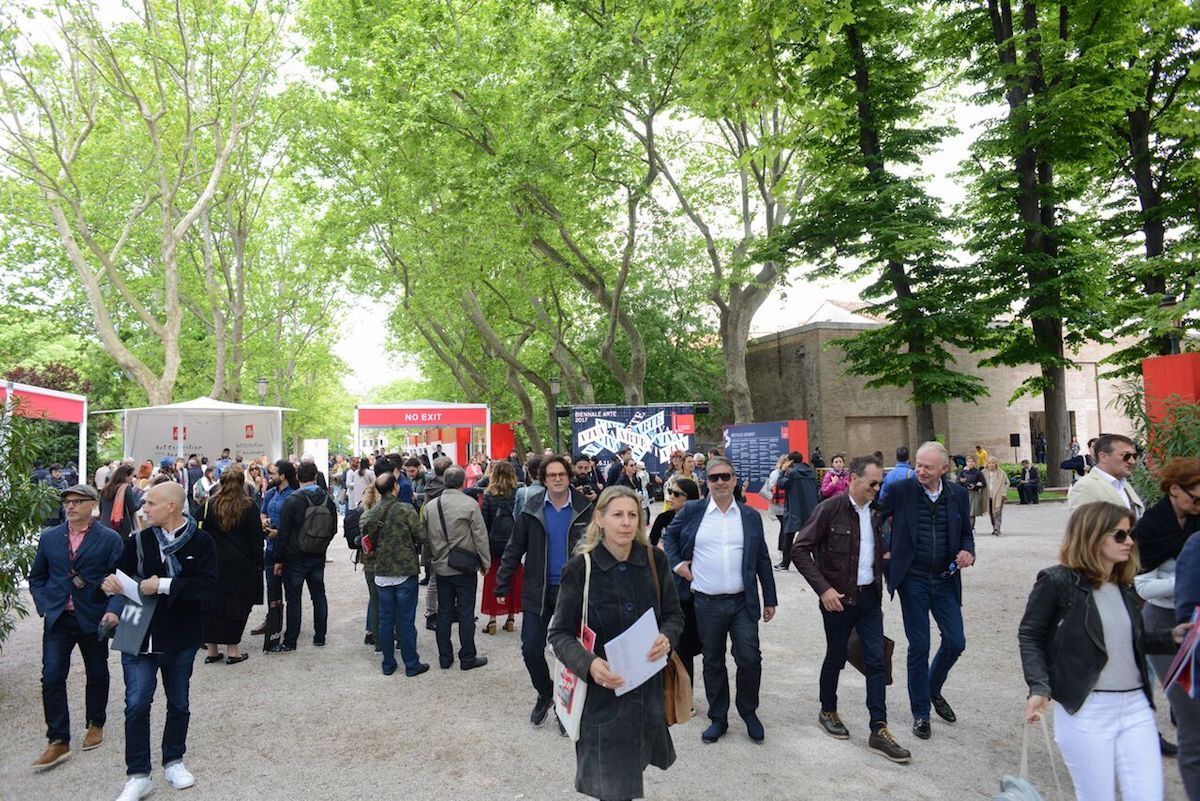 Visitors arriving at the 2017 Venice Biennale. Photo by Casey Kelbaugh for Artsy.

Today, the president of the Venice Biennale, Paolo Barrata, and its next curator, Ralph Rugoff, met at the Ca’ Giustinian—a 15th century palace on the Grand Canal—to announce the details of the 58th exhibition, set to open to the public on May 11, 2019. The title of the main exhibition will be “May You Live in Interesting Times,” and it will view works through the lens of the political unrest caused by the spread of misinformation—perhaps better known as “fake news.”

“At a moment when the digital dissemination of fake news and ‘alternative facts’ is corroding political discourse and the trust on which it depends, it is worth pausing whenever possible to reassess our terms of reference,” Rugoff, who is the director of the Hayward Gallery in London, said in a statement. “The 58th International Art Exhibition will not have a theme per se, but will highlight a general approach to making art and a view of art’s social function as embracing both pleasure and critical thinking. Artists who think in this manner offer alternatives to the meaning of so-called facts by suggesting other ways of connecting and contextualising them.”

Rugoff hinted at some changes that may be coming to the exhibition format, saying that because the show will be “engaging visitors in a series of encounters,” that will require “tweaking aspects of the Exhibition format where possible to make sure they are sympathetically aligned with the character of the art being presented.” Granted, this is a bit vague, but with the opening still more than nine months away, there’s plenty of time for information to come out about the artists selected for the main exhibition, the artists that countries choose to bring to their pavilions, and the programming that will spring up throughout the Floating City come May 2019.