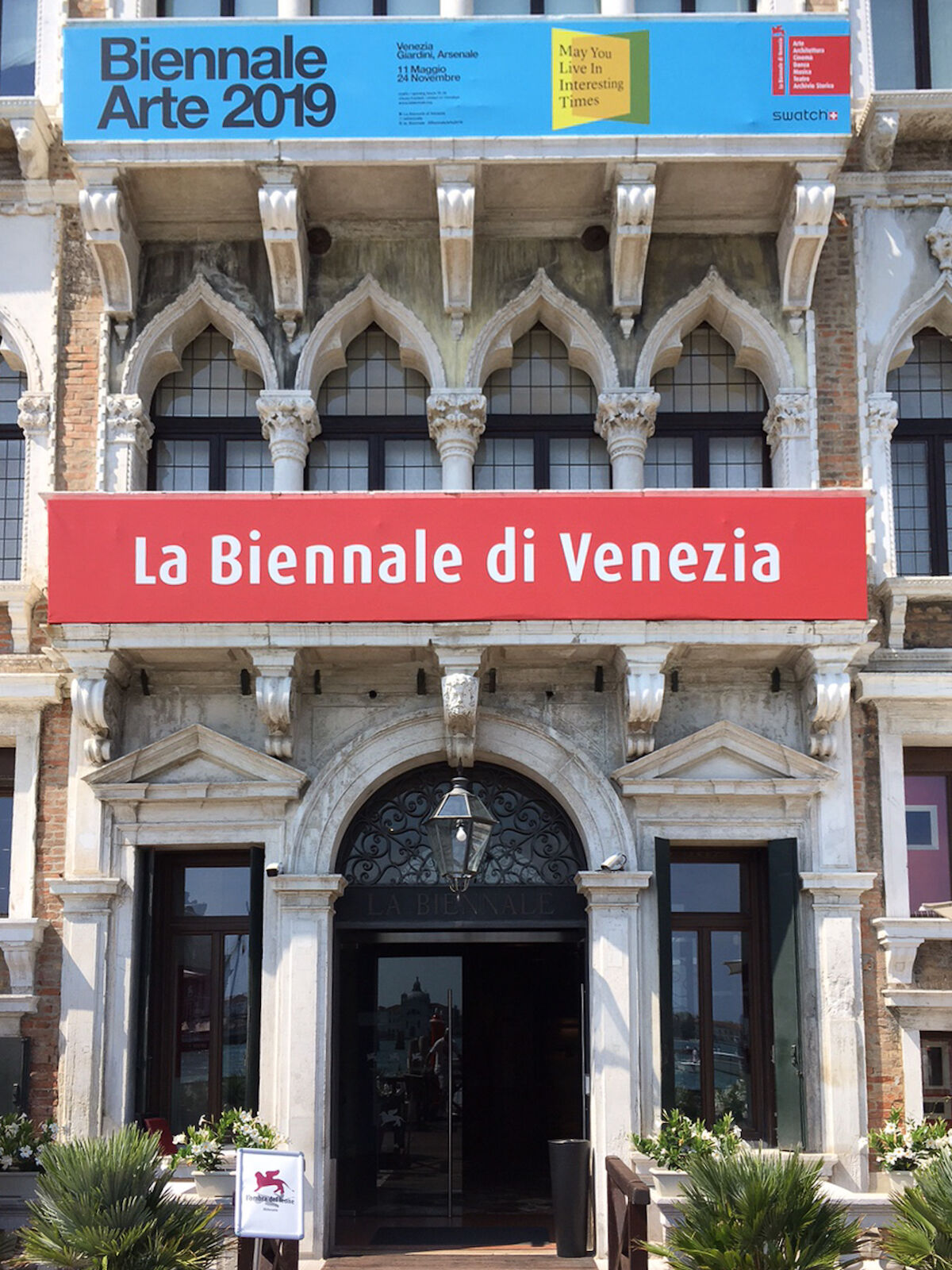 Part of the 2019 Venice Biennale. Photo by Naturpuur, via Wikimedia Commons.

The 2021 edition of the Venice Biennale has been postponed until 2022 due to the COVID-19 pandemic. Originally slated to open next spring, the 59th edition of the “Olympics of the art world” will now open about a year later, on April 23, 2022, and run for seven months through November 27, 2022. The postponement was announced today by the Biennale’s organizers, who revealed that their upcoming architectural exhibition, formerly slated for an abbreviated run beginning in August, has been rescheduled to open in May 2021, thereby in turn requiring the postponement of the art biennial.

All other currently scheduled Venice Biennale events—devoted to film, theater, music, and dance—are slated to proceed with their upcoming editions as planned. In its more than 100-year history, the Venice Biennale art exhibition has rarely been canceled or postponed, except in the case of major global cataclysms like the two World Wars, and following protests at the 1972 edition, which led to the cancellation of the 1974 edition.

Further Reading: The 2019 Venice Biennale’s 10 Best Pavilions in the Arsenale and Giardini