A 3,000-year-old Assyrian relief from a palace at Nimrud is coming to auction. 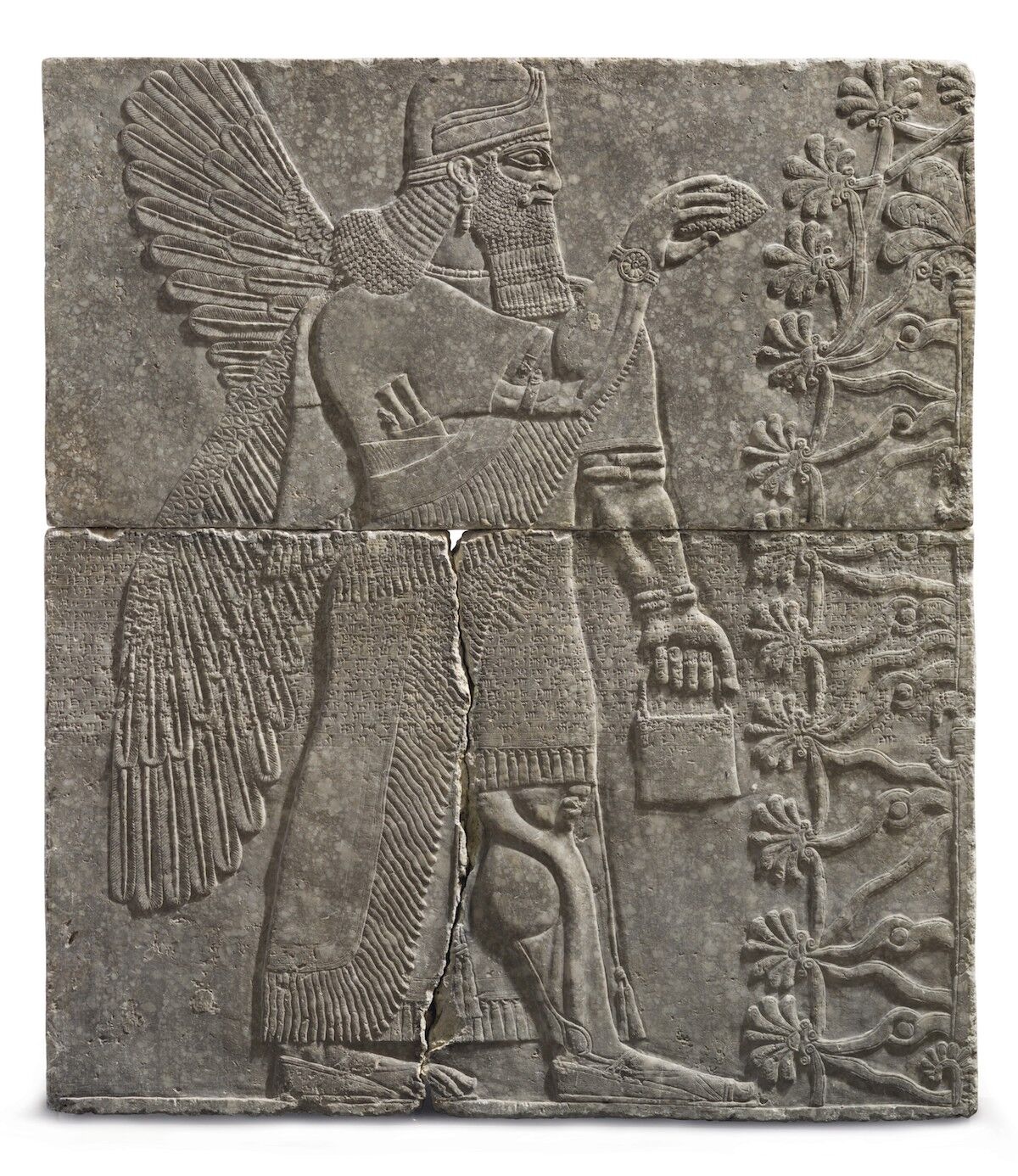 A 3,000-year-old relief from the ancient Assyrian city of Nimrud will go up for auction October 31 at Christie’s New York saleroom. The rare antiquity, which depicts the deity known as Apkallu, or “winged genius,” was consigned by the Virginia Theological Seminary and proceeds from the sale—which Christie’s estimates will bring in between $10 million and $15 million—will underwrite a scholarship fund at the Alexandria-based school. The relief formerly adorned a wall of the Northwest Palace, a large building commissioned by King Ashurnasirpal II in the 9th century B.C.E.

“The Virginia Theological Seminary acquired this relief through the American missionary Dr. Henri Byron Haskell (1781–1864) in 1859, who bought it directly from Sir Austen Henry Layard, the excavator of the royal palace at Nimrud,” G. Max Bernheimer, the international department head of antiquities at Christie’s, said in a statement. “The relief arrived in Alexandria in 1860, making it one of the earliest-known examples of ancient art to reach American soil.”

The relief will be the star lot of Classic Week at Christie’s, and if it sells on the higher side of its pre-sale estimate or surpasses it, it will set a new auction record for an Assyrian relief. The current record was set in 1994, when a relief consigned by a school in Dorset, England, sold for £7,701,500 ($11.93 million), also at Christie’s.

Remnants of King Ashurnasirpal II’s Northwest Palace, including numerous relief panels, were among the archaeological and historic artifacts damaged and destroyed by ISIS in 2015.