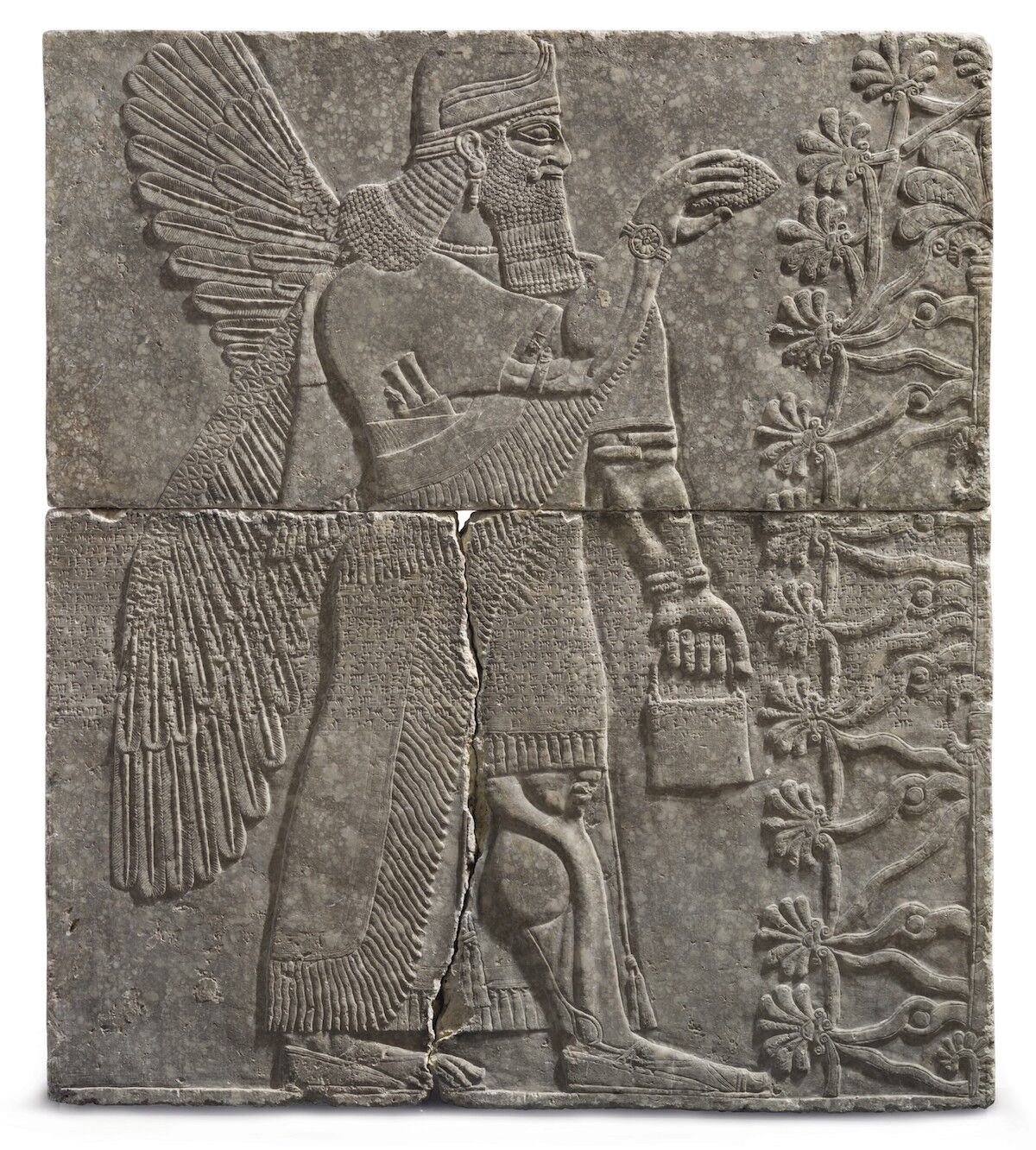 The star lot of Christie’s October 31 antiquities sale in New York did not disappoint. An Assyrian bas relief sculpture dating from the 9th century B.C.E., which depicts a winged, bearded deity named Apkallu, more than doubled its pre-sale high estimate of $15 million to sell for $30,968,750. The result set a new auction record for an Assyrian relief, eclipsing the previous record of £7,701,500 ($11.93 million) set at Christie’s in 1994. The artifact sold to a buyer in the room following nearly five minutes of bidding, according to a Christie’s spokesperson who declined to identify the buyer. It was by far the biggest lot of Wednesday’s sale at the auction house’s Manhattan saleroom, accounting for the lion’s share of the antiquities sale’s $35,903,875 total.

The seven foot, four inch-tall gypsum panel, which formerly adorned the Northwest Palace at the ancient site of Nimrud in Iraq, had been consigned by the Virginia Theological Seminary, which acquired it in 1859 from the U.S. missionary Henri Byron Haskell. Its sale sparked restitution claims from the Iraqi ministry of culture, and officials from Iraq petitioned both UNESCO and Interpol to halt the sale and restitute the work.

“We call on all Iraqi and international officials, civil society and the media to take a serious stand in pressuring the Americans in stopping this process, it is a continuation of the destruction of Iraq’s cultural heritage,” a spokesman for the Iraqi ministry of culture told The National.

In a statement, Christie’s defended its sale of the antiquity and pointed to its extensive provenance:

As one of the earliest works of ancient art to enter the United States, this work well meets the applicable laws that recognize the existence of the legitimate market in such works. [...] While Christie’s is sensitive to claims for restitution by source countries of cultural property, the Winged Genius relief is an example of the long-standing and legitimate market for works of art of the ancient world, which have been collected for centuries and have had a profound effect on the development of Western culture.

Proceeds from the sale of the artifact will underwrite a scholarship fund at Virginia Theological Seminary.