This 40-foot-tall sculpture of a squirrel was met with fierce backlash over its use of public funds. 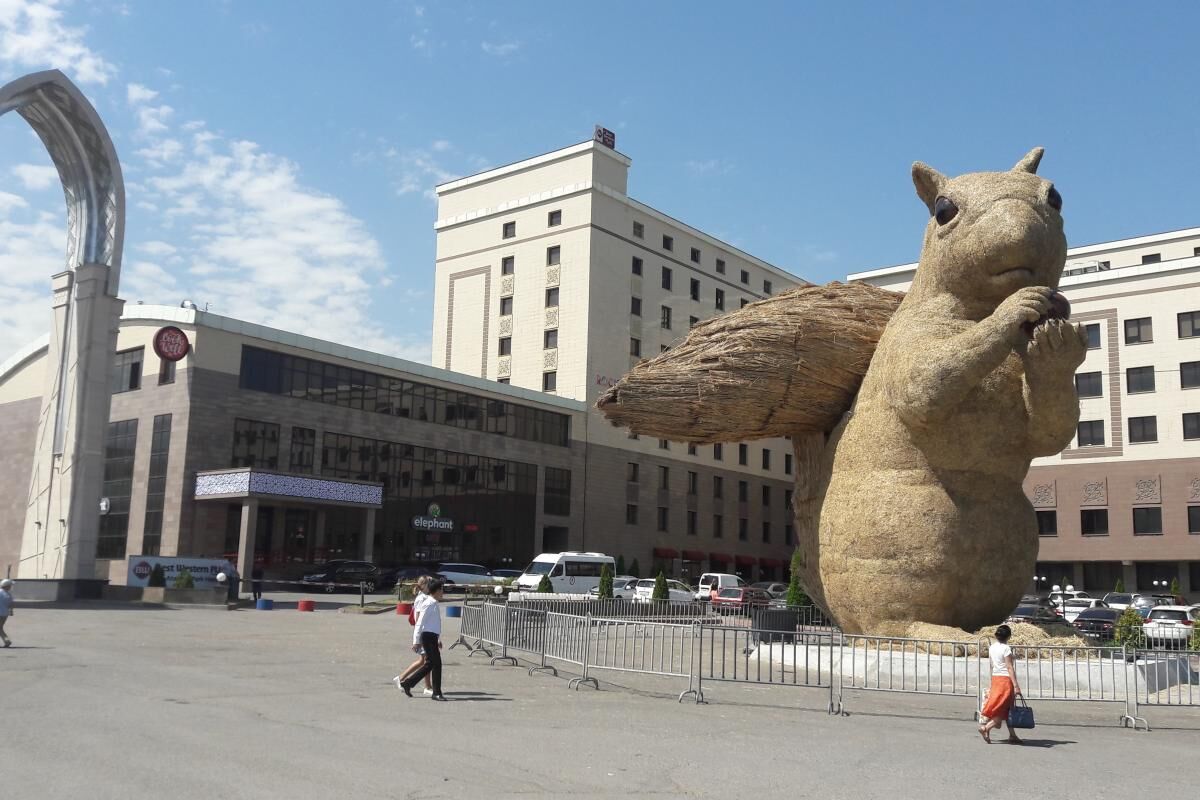 Residents of Kazakhstan’s largest metropolis, Almaty, were enraged after learning that a 40-foot-tall sculpture of a squirrel was paid for in part with public funds. The wide-eyed rodent, built with seven tons of steel supporting a wood and straw exterior, is one of over a dozen public art installations erected as part of the city’s art festival, Art Energy. But this creature specifically sparked controversy because the city provided about two thirds of the sculpture’s 23 million Kazakh tenge ($67,000) cost. As images of the large squirrel began circulating on social media, users began commenting that the sculpture is a “disgrace,” a waste of “our taxes,” and a fire hazard, the BBC reports.

The sculpture, simply titled “Squirrel,” is a collaboration between British artist Alex Rinsler and South African sculptor Marius Jansen van Vuuren. Rinsler has created similar over-sized animal sculptures before, but has yet to receive this scale of pushback. On each of his projects, which are often funded partly with public money, Rinsler told Artsy he seeks to keep the public in mind. “For me, as an artist I work most of all with public money, and I’m very committed to [the idea that] public art that is paid for with public money should be for the public.”

The towering squirrel sculpture was intended to connect the public to contemporary art and reflect on their connections to the animals that are their neighbors. “The squirrel is holding a nut, which is the future of the prize, or the pressure of sustainability, trying to thrive, trying to find a home,” Rinsler explained. “This is something that everyone can access, so it doesn’t matter how old you are or what your background is. You don’t need any sort of knowledge to have an opinion about this––everyone has a story about a squirrel and can identify in one way or another with it.”

The naive-looking squirrel is scheduled to remain in place for the next nine months. After that, Rinsler is unsure of what will happen to his enormous creation. “It’s made out of temporary materials, so its not here forever,” he said. “If the people don’t want it, then they don’t have to have it.”