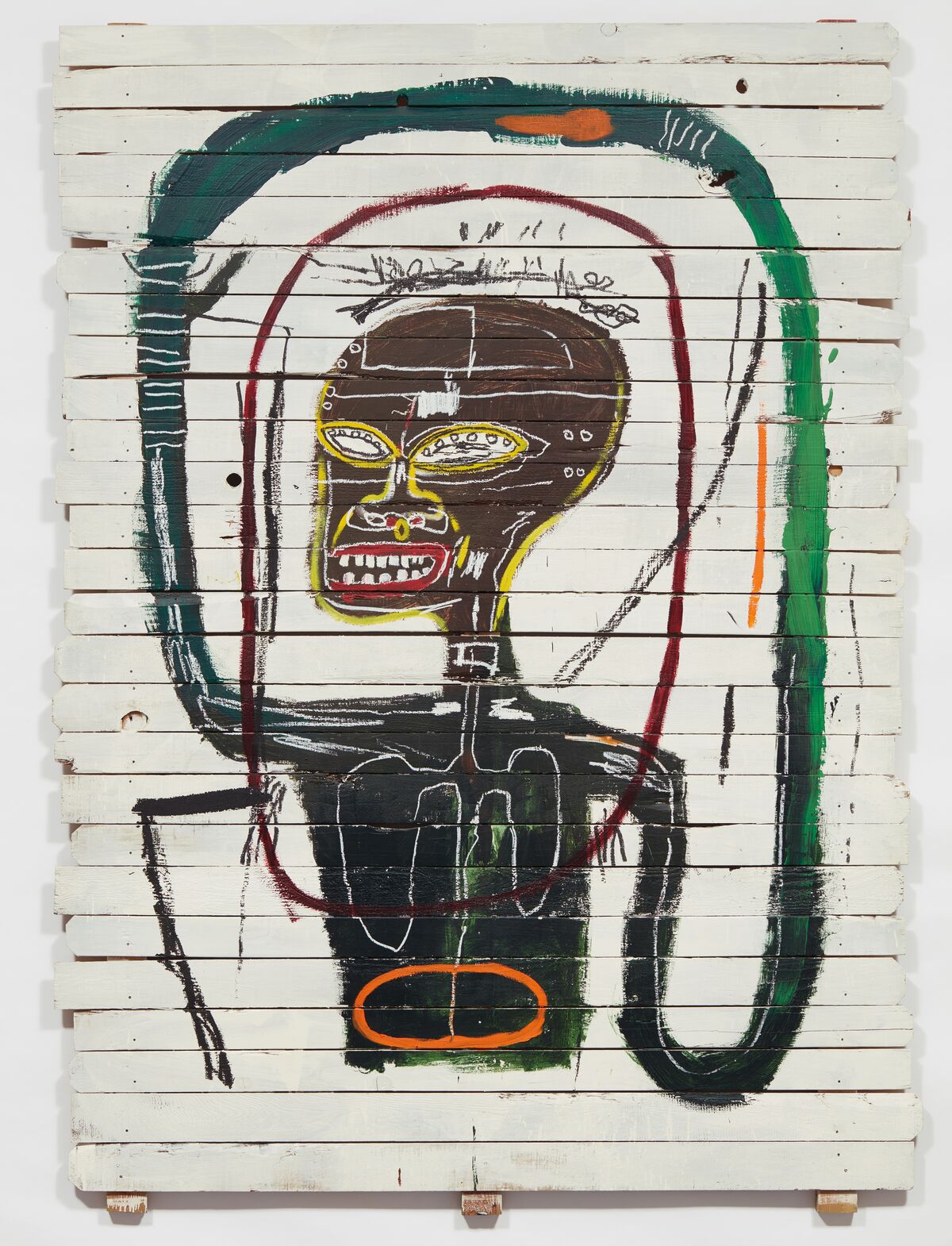 While the figure is below the record $135.1 million Phillips sale in London this past March, its highest ever, it is up 19.5% compared to the same sale in New York last year, which totaled $110 million with fees and boasted a 100% sell through rate on 37 lots.

One of the most anticipated lots of tonight’s auction, Jean-Michel Basquiat’s Flexible (1984), sold for $45.3 million, with fees. The work was estimated to sell for $20 million, and auctioneer Henry Highley opened the bidding at $15 million. Phillips’s deputy chairman and worldwide co-head of contemporary art Robert Manley immediately jumped to $30 million, provoking gasps in the sale room. A few simultaneous phone bids were beat back by Jeffrey Deitch, who entered the fray from his seat on the aisle, calmly putting forth a $35 million bid in his pinstripe suit. But Miety Heiden, Phillips’s deputy chairman and head of private sales, placed $36 million on behalf of her phone bidder, and Deitch was out. From there the house’s worldwide co-head of contemporary art Jean-Paul Engelen came in at $37 million with worldwide deputy chairman Svetlana Marich stewing with not one but two cellphones propped to her ears, telling Highley to wait. But she never got a bid in, as Heiden went to $38 million, Engelen went to $39 million, and Heiden went to $40 million, where the Basquiat hammered to applause.

Not all lots were as beset with bidders as the Basquiat, however. When Gerhard Richter’s Abstraktes Bild (811-2) (1994) came up at lot 13 it stalled at $10 million, and Highley declared it a pass. Five lots later, Sigmar Polke’s Stadtbild II (City Painting II) (1968) came up but no one bit at the $11 million offered by the auctioneer and it also became a pass. The two eight figure losses cut significantly into the night’s final haul.

Here is a rundown of how a few other significant works in tonight’s Phillips auction faired:

Following his record breaking sale Wednesday night at Sotheby’s, Kerry James Marshall’s Untitled (Blanket Couple) (2014) sold for a hammer price of $3.5 million ($4.3 million with fees). It carried an estimate between $3.5 million and $5.5 million.