Up to 90 percent of Brazil’s National Museum collection may have been lost in a devastating fire. 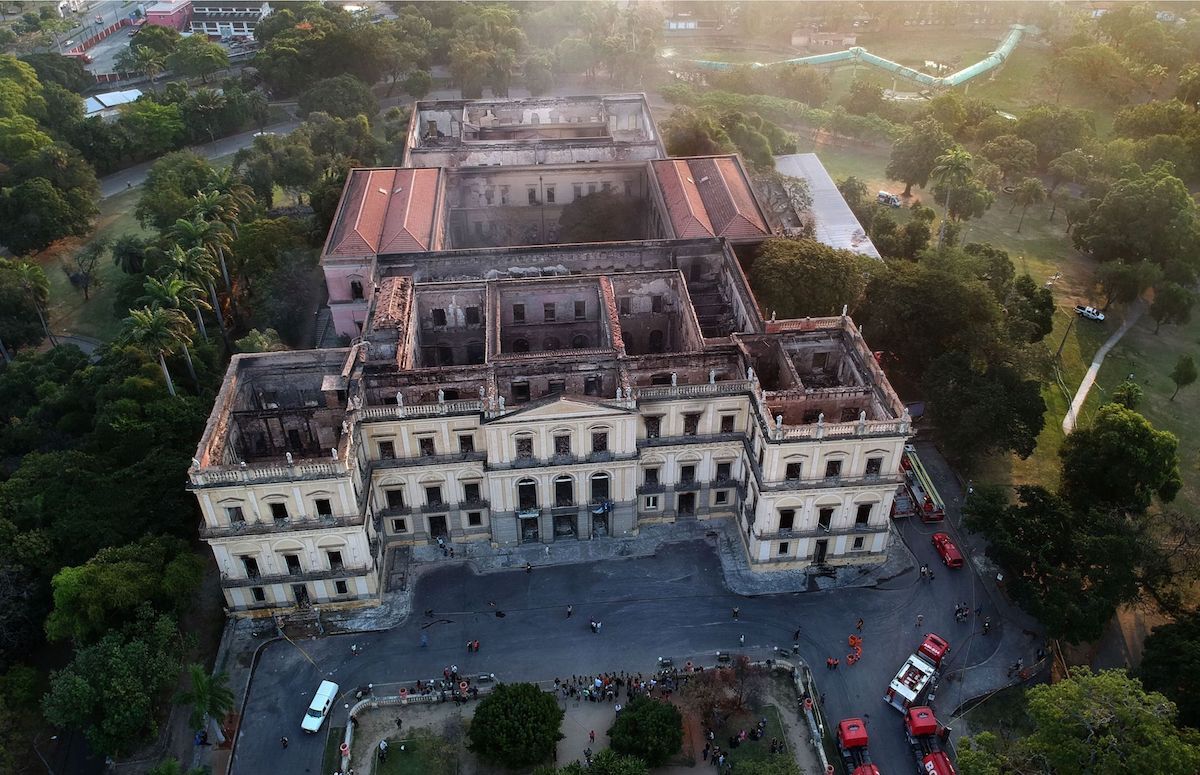 Drone view of Rio de Janeiro's treasured National Museum, one of Brazil's oldest, on September 3, 2018, a day after a massive fire ripped through the building. Photo by Mauro Pimentel//AFP/Getty Images.

The National Museum of Brazil was gutted by a fire that began on the evening of September 2nd and raged into the night. One official estimated that as much as 90 percent of the museum’s collection of 20 million antiquities, archaeological and scientific artifacts, and historical objects may be lost.

The 200-year-old museum was housed in Brazil’s former royal palace in Rio de Janeiro’s Quinta da Boa Vista park; it had recently secured $5 million in funding for a much-needed renovation that was to include an upgraded fire safety system, but had not yet received the money.

The cause of the fire remains unknown—Brazil’s culture minister, Sérgio Leitão, said it may have started as an electrical fire or been caused by a paper hot-air balloon landing on the roof—and investigators are still waiting to explore the charred museum building until engineers clear it of any risk of collapse.  When firefighters arrived on the scene they found the two nearest fire hydrants dry. The objects feared lost in the blaze include the 11,500-year-old skull of Luzia Woman, the oldest human skeleton found in the Americas; dinosaur fossils; countless indigenous artifacts; and Greco-Roman antiquities.

Many see the loss of the museum, which had fallen into disrepair in recent years after its budget was slashed, as a result of the government’s austerity measures.

“For many years, we fought with different governments to get adequate resources to preserve what is now completely destroyed,” Duarte said. “My feeling is of total dismay and immense anger.”