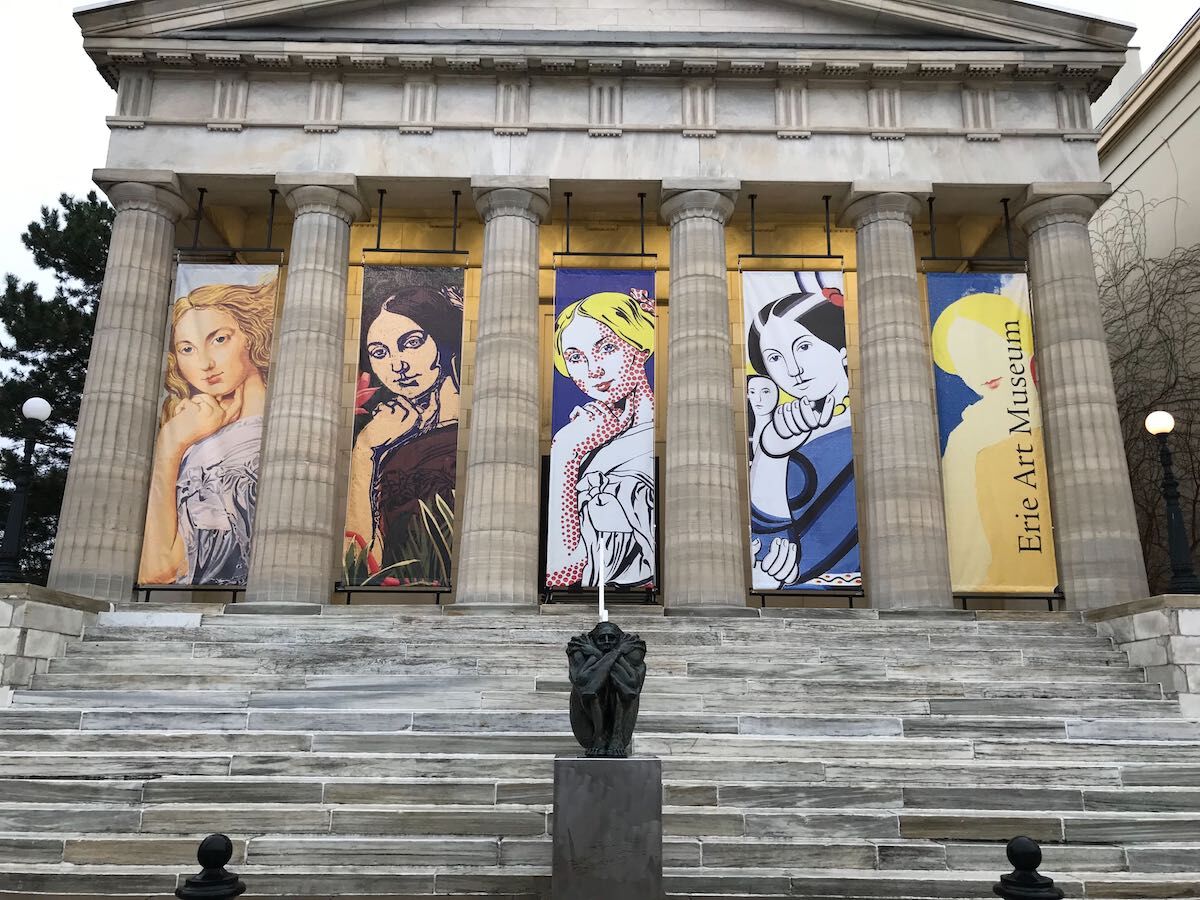 The Erie Art Museum in Erie, Pennsylvania. Photo by Erieartmuseum20, via Wikimedia Commons.

Three days after the New York Times published an exposé outlining complaints by female subordinates at the Philadelphia Museum of Art against Joshua Helmer, he departed his position as director of the Erie Art Museum. At age 31, Helmer had been one of the youngest museum directors in the country prior to his ouster on Monday afternoon.

The Times investigation detailed allegations about Helmer’s actions during his four years at the Philadelphia Museum of Art. Reporters spoke to nine women who claimed Helmer made advances toward them while at work. Four women said they had entered into relationships with Helmer, and two had reported directly to him, which violated the museum’s policy; one woman described being told she wasn’t “smart enough to work at a museum,” while others reported crying and vomiting from stress and being berated by Helmer in view of other employees.

One of the women who dated Helmer and later received a promotion from him told the Times:

He made clear to me from the beginning he thought it was his job to break me and then train me. He would say, “I should fire you, but I love you.”

In the Times article, the Erie Art Museum said it had received a complaint about Helmer from one of their interns, but had decided that no disciplinary action was required. But on Monday afternoon, following mounting pressure, Helmer was forced out of his position.

In a statement posted Monday afternoon on Facebook, the Erie Art Museum said:

Joshua Helmer is no longer employed by the Erie Art Museum. The museum appreciates, in advance, the community’s support as we move forward.

According to YourErie.com, John Vanco, the Erie Art Museum’s previous director of almost 50 years, called for Helmer’s dismissal. A Change.org petition garnered more than 3,000 signatures; it claimed: “Whatever benefit this man provides the art museum pales in comparison to the damage that he has done to women.”

Nearly 300 current and former employees at the Philadelphia Museum of Art signed a statement in solidarity with the women who came forward. The statement said the Times reporting had “seems to barely scratch the surface of the abuses perpetrated by this man,” and that Helmer’s behavior was “not an isolated incident unique to one institution but endemic to the field.” Notable signatories to the statement included Peter Barberie, curator of photographs, and Kathleen Foster, senior curator of American art and director for the museum’s center for American art, according to the Philadelphia Inquirer.

The Philadelphia Museum did not reveal any details about why Helmer left employment there in February of 2018, though Helmer told the Times he left of his own accord. He was appointed executive director of the Erie Art Museum in May of 2018.