Ai Weiwei is suing Volkswagen over a car advertisement featuring his work. 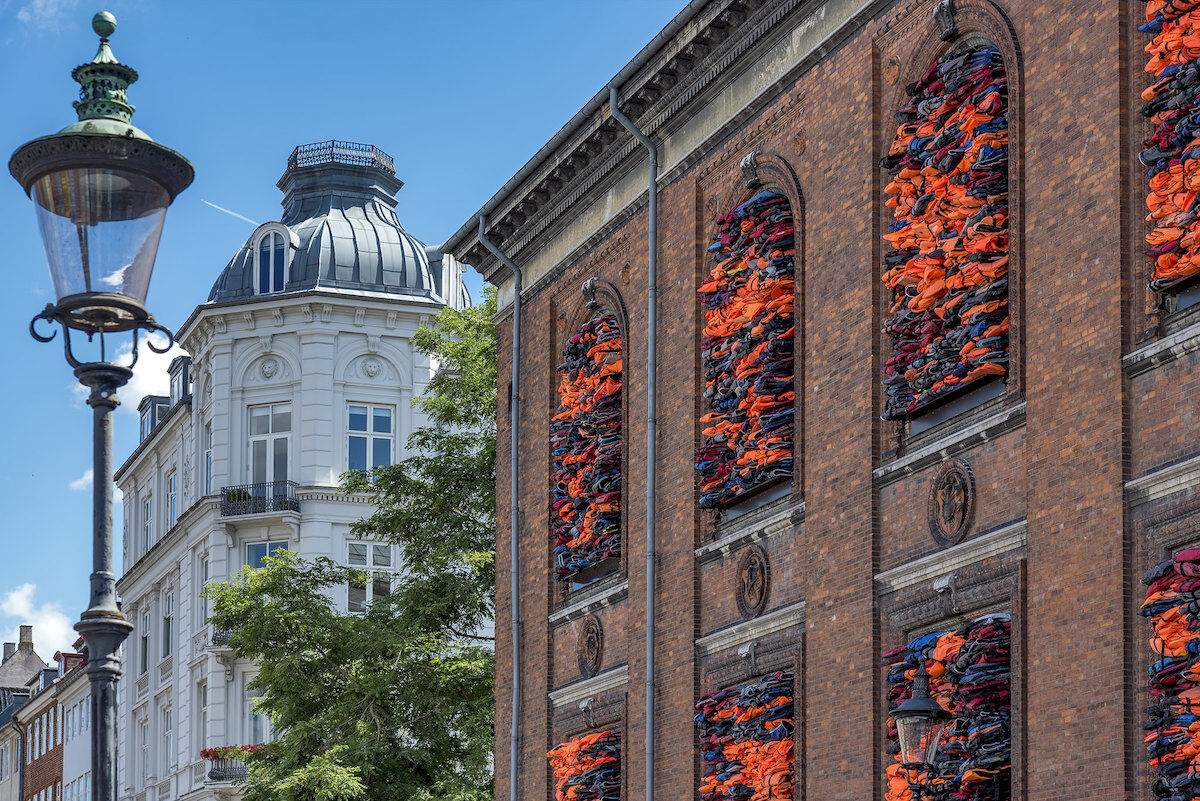 Ai Weiwei, Soleil Levant, 2017, on the exterior of the Kunsthal Charlottenborg. Photo by Al Case, via Flickr.

Ai Weiwei is suing automaker Volkswagen for featuring one of his large-scale installations concerning the migrant crisis in one of its advertisements. Soleil Levant (2017), the work in the advertisement, is an installation composed of more than 3,500 life jackets collected from refugees arriving on the Greek Island of Lesbos; it was installed on the exterior of Kunsthal Charlottenborg in Copenhagen in 2017. In an opinion piece published by The Guardian, the superstar artist and activist said Volkswagen’s inclusion of his work in a commercial “severely damages my artistic reputation and a lifetime of work defending human rights.” For its part, according to a Ritzau article cited by artnet News, VW claims that the appearance of the artist’s work in its advertisement was a “coincidence.”

In March, Ai shared an image of the offending advertisement, a photo of a VW Polo parked in front of Soleil Levant, in an Instagram post blasting the automaker. In the Instagram post, Ai said he’d resorted to suing VW after “more than one year of fruitless negotiation” with the company.

In his Guardian piece, Ai goes on to reproach VW for its continued investment in his native China, and CEO Herbert Diess’s apparent lack of awareness of the humanitarian crisis unfolding in the country’s Xinjiang province, where up to one million members of minority populations, including the Uighur people, are said to be held in detention camps. Ai concludes:

My experience with Volkswagen is one small reflection of this broader lack of concern for the rights of individuals. The fact the company sees its future as one of partnership with an authoritarian regime speaks volumes. For my part, I will do what I can to ensure that its commercial partners understand that no matter how powerful it becomes, there will always be those who insist on holding it to account.