An Albrecht Dürer wall painting may have been discovered in a Vienna cathedral’s gift shop. 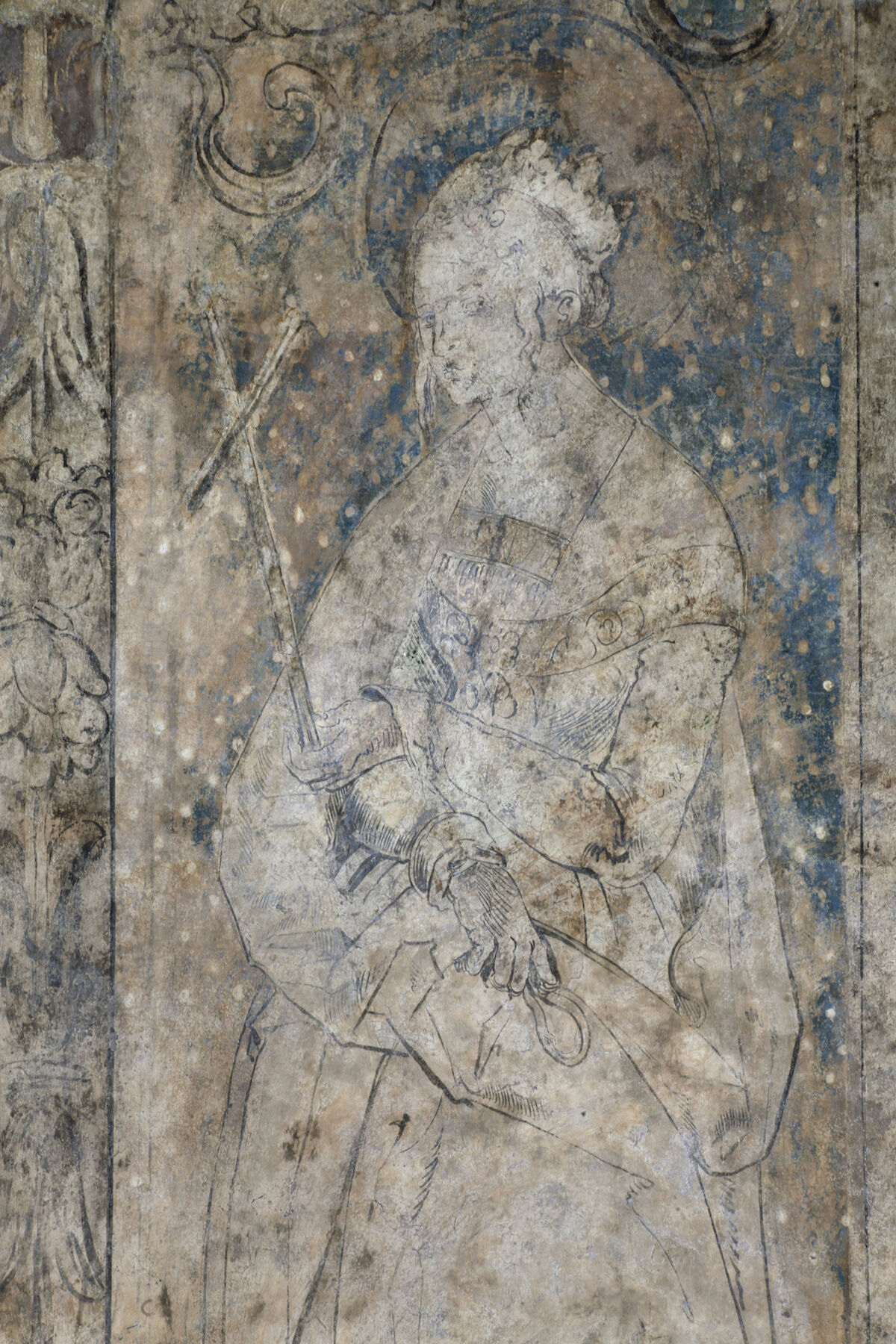 A portion of the wall painting at St. Stephen’s Cathedral in Vienna that may have been executed by Albrecht Dürer. Photo © Federal Monuments Authority Austria, Vienna, Irene Dworak.

Experts have uncovered a lost wall painting in the gift shop of St. Stephen’s Cathedral in Vienna that may be the work of Renaissance artist Albrecht Dürer. The painting provides the first ever indication that Dürer worked in Vienna, prompting scholars to reconsider the course of Dürer’s life and evaluate the German master’s impact on Austrian art.
The painting, long concealed beneath layers of dirt, depicts Saint Leopold, the patron saint of Austria, flanked by underdrawings of Saints Catherine and Margaret. Whether Dürer himself or his followers completed the work remains uncertain. However, Dürer specialist Erwin Pokorny firmly believes the work reflects a level of skill only achievable by the master himself. “It is not a question of whether, but when Dürer was in Vienna,” he said in a statement.
In the early 16th century, the Austrian- born Holy Roman Emperor Maximilian I employed Dürer as an official court artist. Evidence from a 17th-century biography indicates that prior to hiring him long term, Maximilian I commissioned Dürer to synthesize a wall painting whose timeline matches that of the newly discovered work. 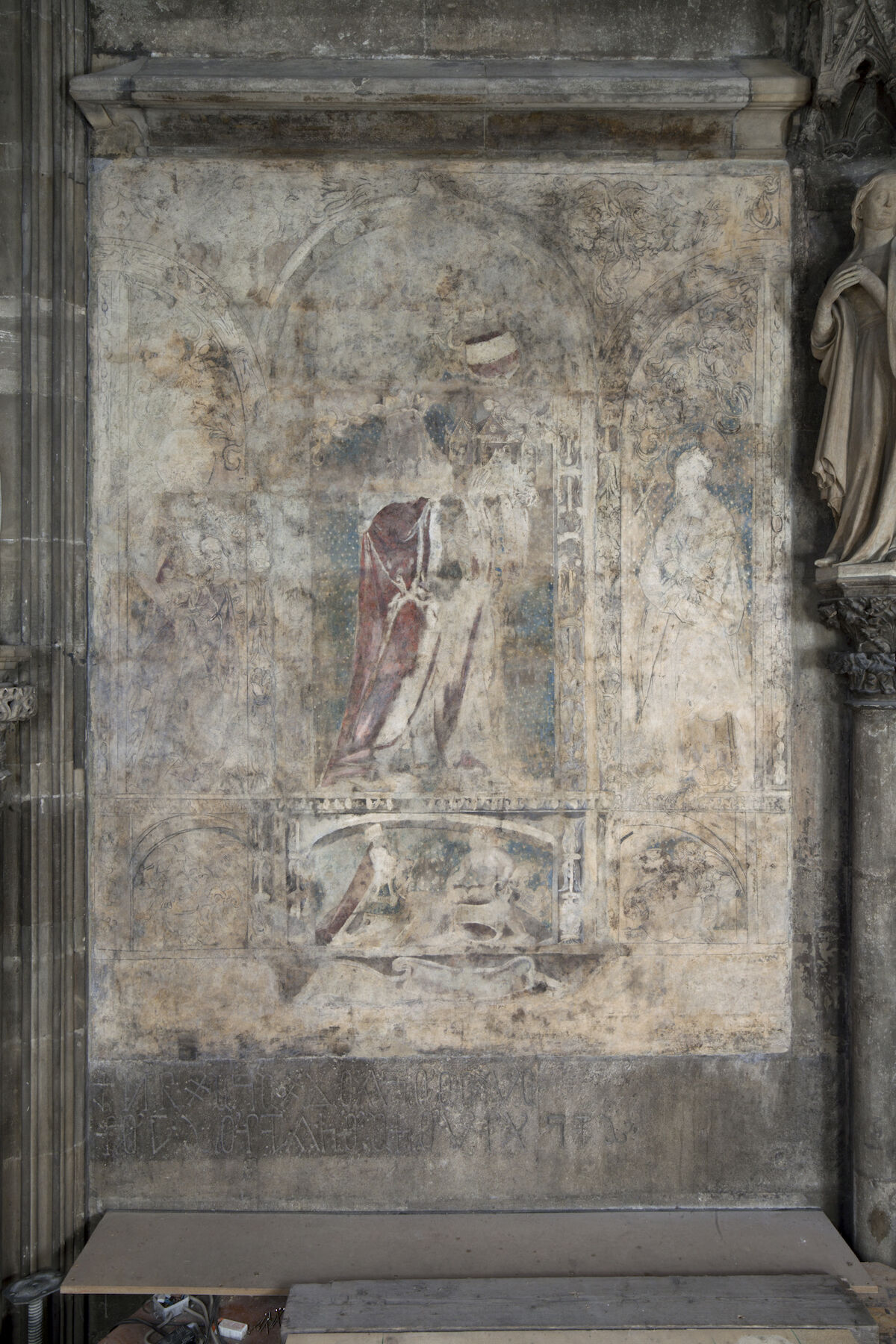 The wall painting at St. Stephen’s Cathedral in Vienna that may have been executed by Albrecht Dürer. Photo © Federal Monuments Authority Austria, Vienna, Irene Dworak.

Further evidence tied to a drawing in the British Museum collection suggests Dürer may have stopped in Vienna during his journey from his native Nuremberg to Venice. Alternatively, he could have traveled to the Austrian city to visit his friend, Conrad Celtis, a German humanist scholar who lived there between 1497 and 1508.
The rendering of Saint Leopold could be the last surviving wall painting by Dürer. Previously, the only known wall painting attributed to the artist was a set of murals he designed for Nuremberg’s town hall, which were executed by other artists. The building and its murals were destroyed during World War II.
St. Stephen’s Cathedral has begun a major conservation project on the triptych, and plans to publish its research later this year in an Austrian art and preservation magazine.
Dana Citrin
Jan 15, 2020 at 12:30pm, via Smithsonian Magazine