Once again, an amateur art restorer in Spain has botched the restoration of a centuries-old religious artwork. 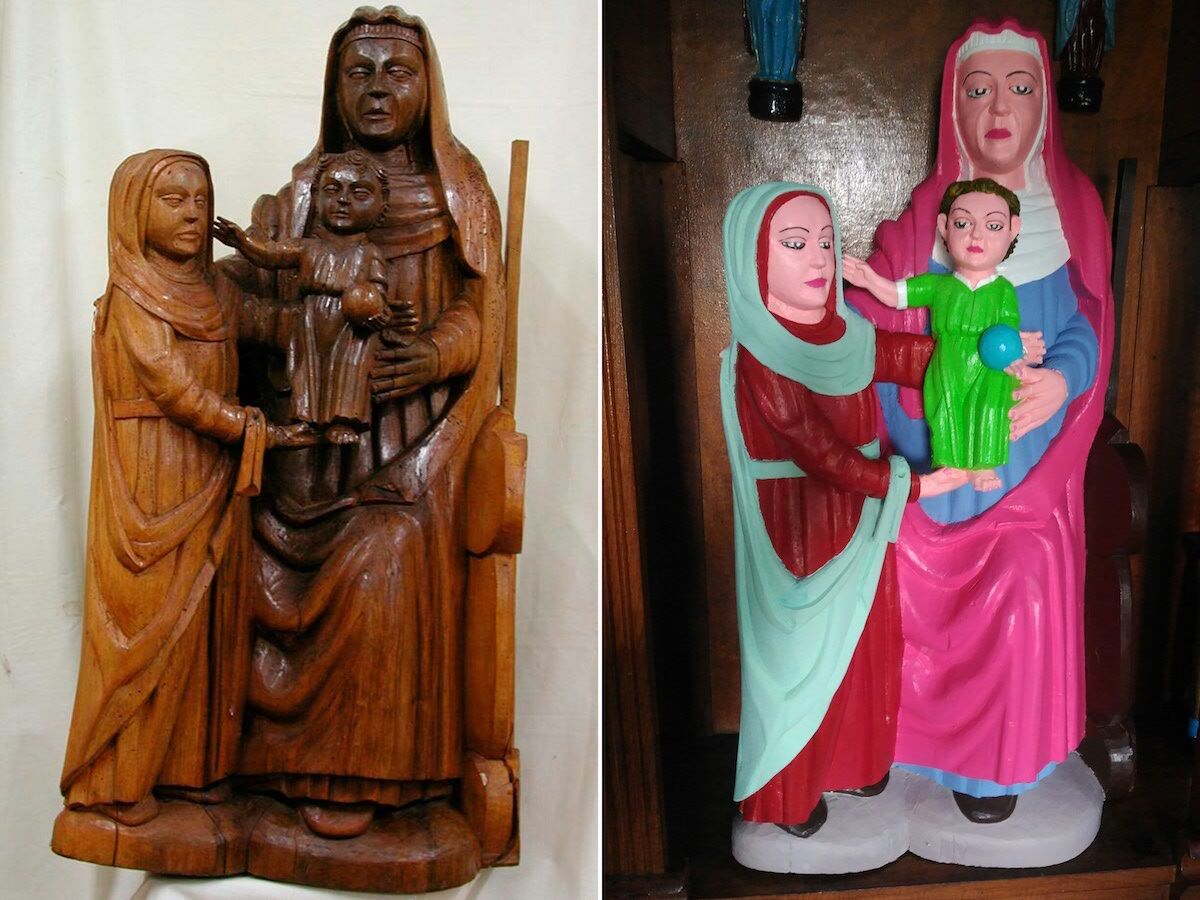 A Romanesque period statue depicting Virgin Mary before and after being 'restored' by a local woman of the village of El Rañadoiro, Asturias region, Spain. Photo by DSF/AFP/Getty Images.

A Spanish chapel’s set of wooden sculptures from the 15th century have been painted over in garish hues by an amateur restorer. The artworks, which belong to a chapel in the rural community of El Rañadoiro in northern Spain (population approximately 28), include sculptures of Mary, St. Anne, and the infant Jesus, as well as a statue of St. Peter. In one of the sculptures, Jesus’s robe has been painted a radioactive green hue, while Mary sports a neon pink cloak.

“I'm not a professional, but I always liked to do it, and the figures really needed to be painted,” Maria Luisa Menendez, the chapel parishioner responsible for the chromatically audacious restoration told local newspaper El Comercio, according to the BBC. “So I painted them as I could, with the colours that looked good to me, and the neighbours liked it.”

Despite Menendez’s benevolent mission, officials were quick to criticize her restoration efforts. ACRE, Spain’s association of art conservators, bemoaned the “continued pillaging of our country”—a possible reference to other restoration scandals that rocked Spain in recent years, from a 16th century statue of St. George in June to the infamous Beast Jesus. Genaro Alonso, the education adviser for the Asturias principality (in which El Rañadoiro is located) blasted Menendez’s actions as “revenge rather than a restoration.”