Anish Kapoor has sued the National Rifle Association for using his iconic Chicago sculpture in an ad. 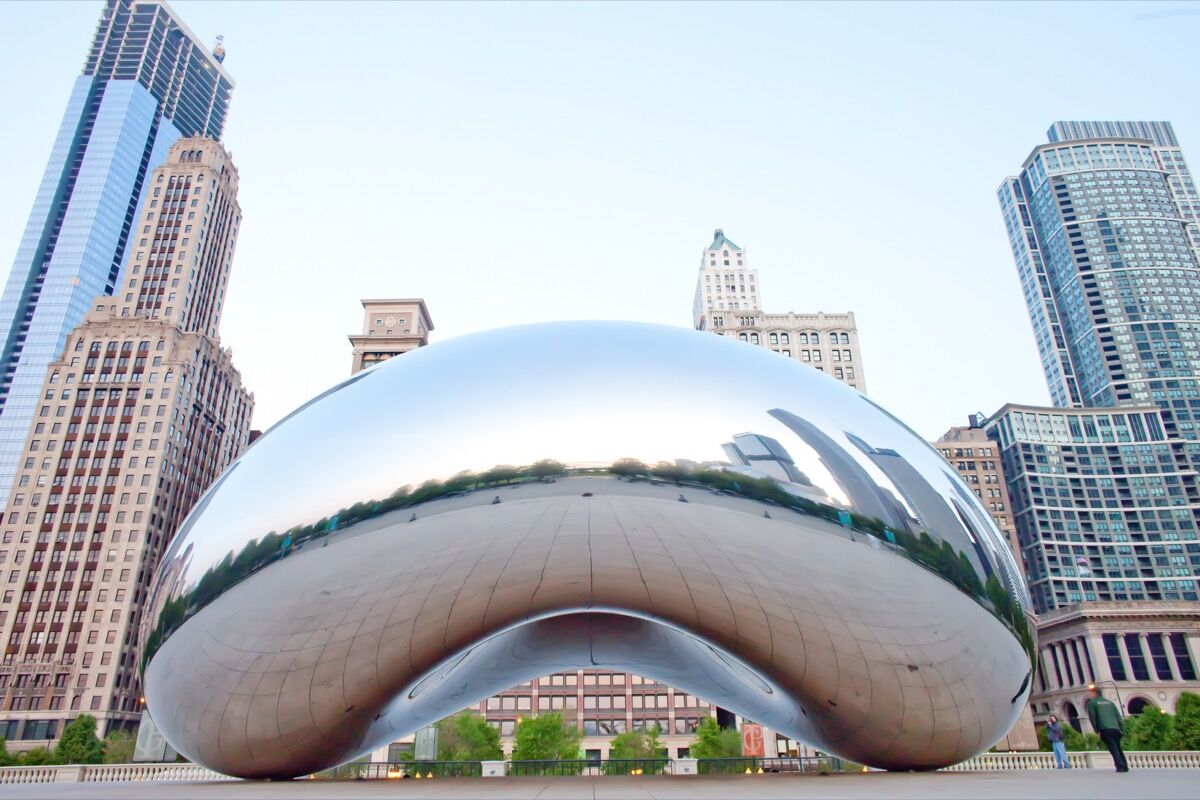 Anish Kapoor has won the Turner Prize, been knighted by Her Majesty the Queen, and was commissioned to make work for the 2012 Olympic Games in London, but perhaps his best-known work is Cloud Gate (2004/06), a 110-ton sculpture in Chicago’s Millennium Park that is referred to colloquially as “The Bean.” The work now sits at the center of a lawsuit between the Mumbai-born British artist and the National Rifle Association (NRA).

In July 2017, the NRA released an ad that decried anti-gun protesters, with a narrator deeply intoning war cries such as “the only way we save our country of freedom is to fight this violence of lies with the clenched fist of truth.” While the narration plays, the ad displays iconic modern architecture—Frank Gehry’s Disney Concert Hall and the Westin Bonaventure Hotel in Los Angeles, and Renzo Piano’s New York Times building in New York—and Cloud Gate, apparently as proxies for the left-leaning cities in which they stand and against which NRA loyalists are meant to wield their collective “clenched fist of truth”.

Kapoor forcefully criticised the NRA in March after the Parkland, Florida school shootings, calling out the group for its “nightmarish, intolerant, divisive vision” and saying that it “perverts everything that Cloud Gate—and America—stands for.” At the time, he said he would not sue, but clearly he’s had a change of heart. On Tuesday, Kapoor filed a complaint with the U.S. District Court for the Northern District of Illinois alleging that, after numerous efforts to get the NRA to remove his work from the ad, they would not back down, forcing him to take legal action. As the complaint reads:

“Despite being expressly informed on multiple occasions that the use was unauthorized and was causing extreme distress to Plaintiff, Defendant continued and continues to display the Infringing Video. Plaintiff is therefore entitled to statutory damages for willful infringement in the amount of $150,000 per infringement, the number of infringements to be determined according to proof at trial.”

Kapoor is also asking to receive all the profits that came directly and indirectly as a result of the ad. The NRA did not respond to a request for comment from Reuters.