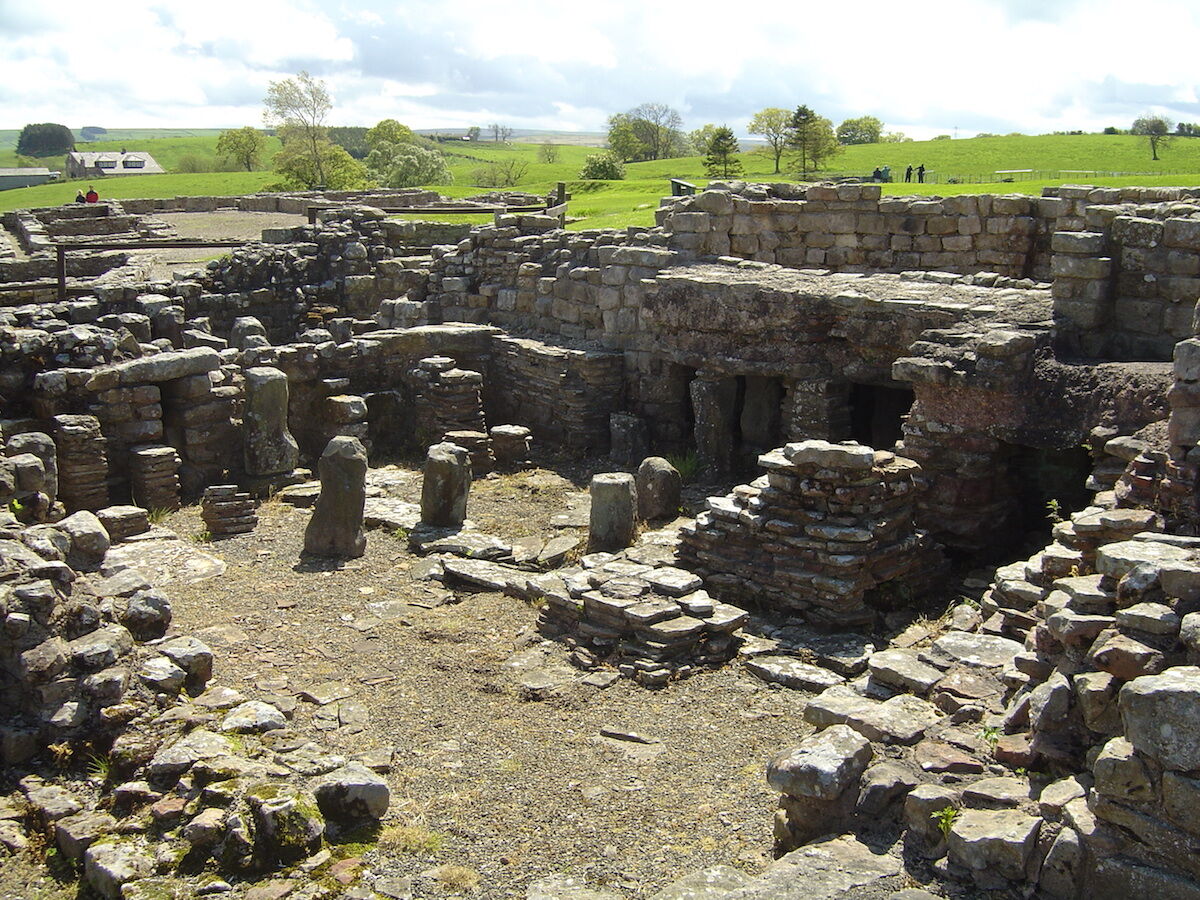 A military bathhouse at Vindolanda. Photo by Voice of Clam, via Wikimedia Commons.

Archaeologists excavating a 3rd-century building behind a bathhouse in Vindolanda have discovered remnants of an ancient Roman board game. Vindolanda was a Roman auxiliary fort along Hadrian’s Wall, the 73-mile long defensive fortification that the ancient Romans erected in what is now northern England to delineate what was at the time the northern frontier in the Roman Empire. Construction on the wall began in 122 C.E. and took six years; it was occupied by Roman forces until around 400 C.E.

The carved-stone game board has a long crack running through it, and it’s thought the board was used in a bath house until it broke, at which point it was repurposed as a stone tile in an adjacent building. Excavations of Vindolanda began in 1970, and five other board games dating from the 3rd to the 5th centuries have been found in that time, along with glass and stone game pieces.

The board’s grid was used for an ancient game called ludus latrunculorum, which translates from Latin to “the game of mercenaries.” Archaeologists have found game boards and pieces throughout the former Roman Empire, but historians have been unable to surmise just how the game was played. Clues have come in the form of ancient poems, including one by an anonymous writer in the 1st century C.E. telling us it’s a game in which the pieces move forward and backward, and another by the great poet Ovid that explained how players capture each other’s pieces by surrounding their opponent’s with two of their own.