Archaeologists in Pompeii unearthed the remains of man who fled the erupting Vesuvius, only to be crushed by a stone. 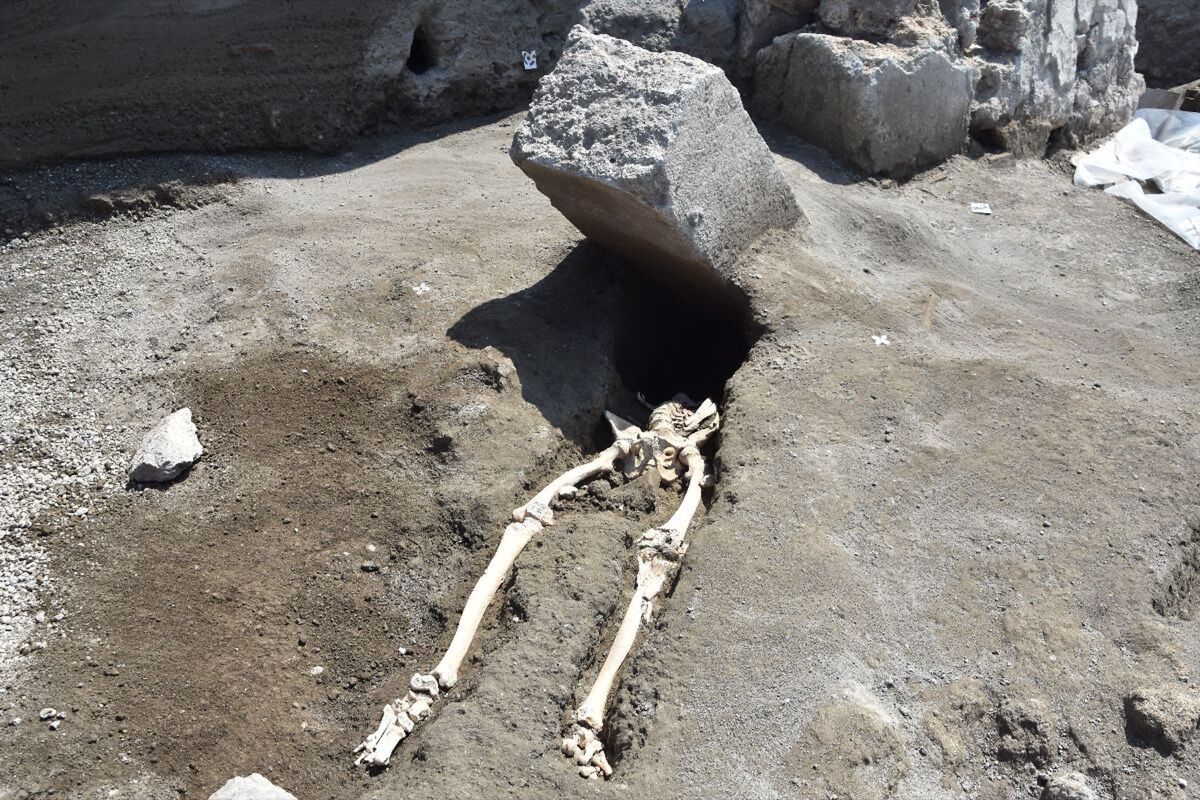 If you think you’re having a bad day, consider the plight of the unlucky ancient Roman who, hobbled by injury, was killed by a flying stone in Pompeii during the 79 AD eruption of Vesuvius. A team of researchers—including archaeologists, engineers and other experts—began excavating an underexplored part of the archaeological site in March and unearthed the skeleton last week, the second significant discovery of the research efforts announced so far. The remains indicate the man was in his 30s and probably limped due to an infection.

Researchers suspect that while the man survived the very initial eruption of ash and lava emitted by the volcano, he did not survive the massive stone propelled directly at his head by pyroclastic flow, the mix of gases and other materials emitted by Vesuvius. (The skeleton’s head, excavators told the New York Times, is “probably under the stone block.”) The photo of the skeleton has already become a popular meme.

Internet antics aside, the discovery is an example of what archaeologists can do when armed with the latest technology like 3D scanning. “This is the first time an excavation happens with all of these tools,” Massimo Osanna, general director of the Archeological Park of Pompeii, toldCNN. “In the 1800s and 1900s, they dug in the area where we found the skeleton, but they did not go as deep as we did. Because of the experts we had, we knew how to do it.”