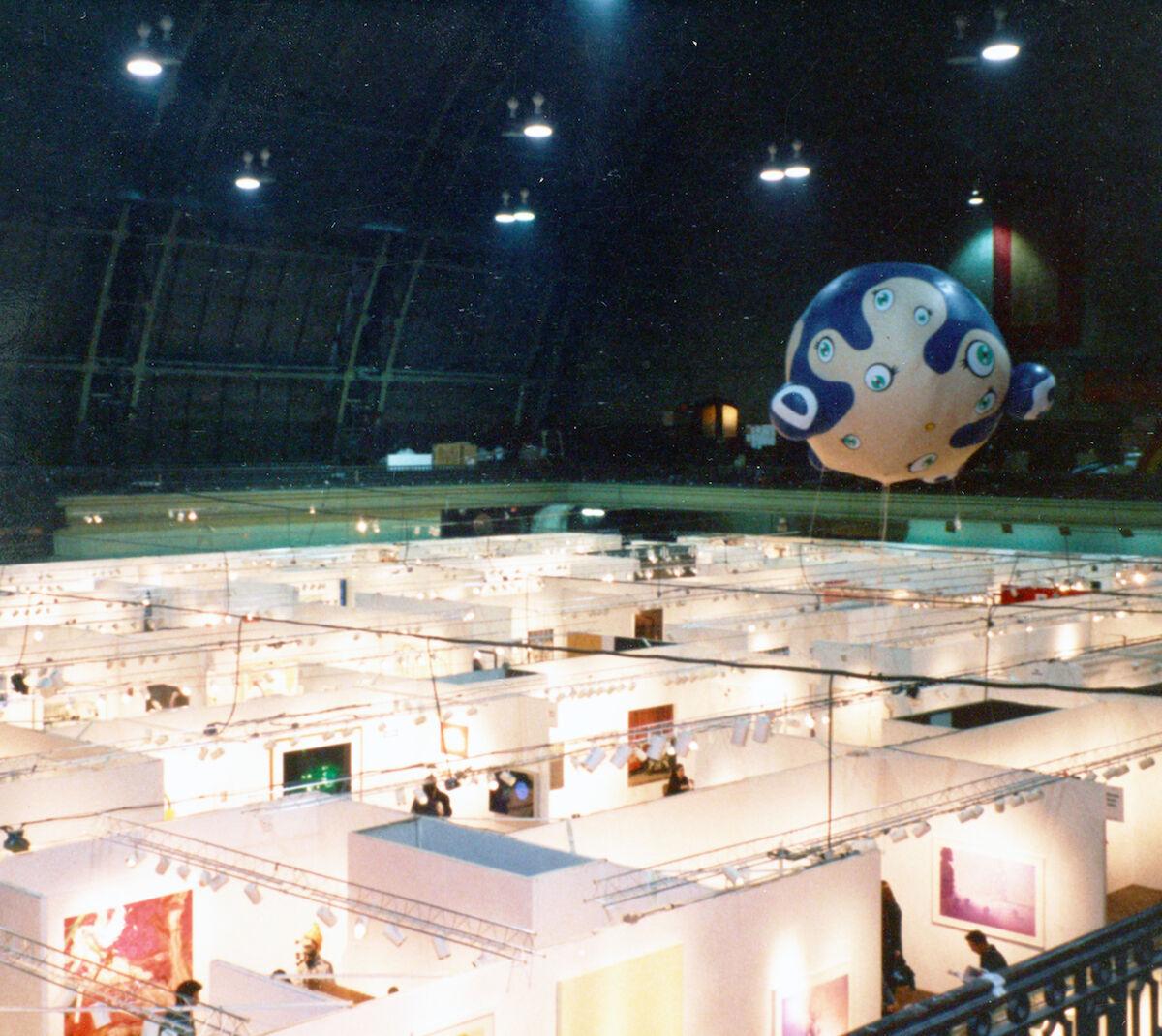 A balloon by Takashi Murakami at the 2002 edition of The Armory Show. Photo courtesy of the Colin de Land collection, 1968-2008. Archives of American Art, Smithsonian Institution.

In celebration of its 25th anniversary, The Armory Show art fair has announced the creation of its Gramercy International Prize. The prize is a new, annual award that will support “the advancement of young and pioneering New York galleries who have not previously participated in The Armory Show,” according to Thursday’s announcement.

Every year, a jury will award a nominated gallery with a free booth in which they may show a solo or two-person presentation. This award will allow the gallery to take on creative and experimental endeavors, as well as provide them with a platform for discovery, with little to no financial risk. Ramiken (formerly Ramiken Crucible) has been selected as the inaugural recipient of the award and will exhibit a two-person booth featuring the artists Darja Bajagić and Andra Ursuţa. The jury’s runner-up was 56 Henry.

Nicole Berry, executive director of The Armory Show, said in a statement:

“The founders of The Armory Show—originally named the Gramercy International Art Fair—sought to provide an alternative platform for contemporary art through presentations by artists who challenged the status quo. In the spirit of our founders, we are honored to offer this new prize to a gallery committed to showing a robust and experimental program of emerging talent in the hopes that they too may continue to push the boundaries of contemporary art practice.”