Art Basel canceled its Hong Kong fair in response to the coronavirus crisis. 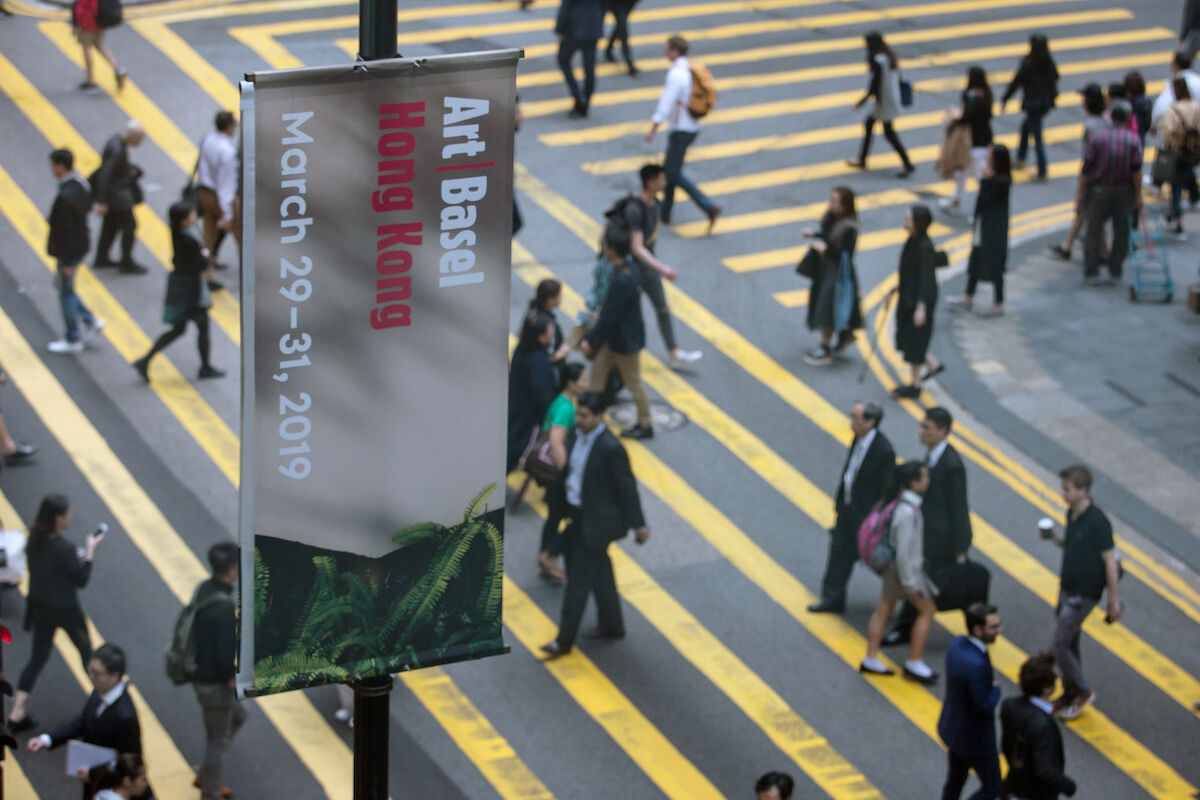 Following weeks of pressure stemming from the outbreak of the deadly coronavirus in China and, before that, the ongoing pro-democracy demonstrations in Hong Kong, Art Basel’s parent company MCH Group announced on Thursday that it is canceling the 2020 edition of its Hong Kong fair. The move comes after the World Health Organization (WHO) declared a “public health emergency of international concern” last week. To date, there have been more than 28,000 cases of the coronavirus confirmed in mainland China, and the global death toll has reached at least 565—including one death in Hong Kong.

We are acutely aware of the important role that the fair plays within the region's cultural scene and for our galleries, both in Asia and around the globe. Our team dedicated extensive time and effort to ensure our show in March would be a success over the course of the past year. Unfortunately, the sudden outbreak and rapid spread of the novel coronavirus radically changed the situation.

Even before the WHO made its declaration, some of Art Basel in Hong Kong’s participating galleries had urged the fair’s organizers to cancel this year’s edition, others demanded 50 percent discounts on booth fees, and three galleries dropped out last month. Art Basel had said it would refund the booth fees charged to galleries by at least 75 percent in the event the fair had to be canceled; a spokesperson for the fair confirmed to Artsy that exhibitors will receive a 75 percent refund.

The fair’s cancelation is not entirely unprecedented. In 2001, Art Basel canceled what would have been the inaugural edition of its Miami Beach fair in the aftermath of the September 11th terrorist attacks. However, the cancelation of the Hong Kong fair comes at a particularly inopportune time for Art Basel’s parent company, MCH Group, which has struggled with plummeting attendance at its marquee watch and jewelry fair, Baselworld, and abandoned its plans to acquire regional art fairs around the world. In October, MCH Group responded to its falling profits by eliminating a division of its business and restructuring. In November, Art Basel canceled a planned three-day conference in Abu Dhabi, tickets for which had been priced at $15,000. In December, MCH Group denied rumors it was looking to sell Art Basel.

Museums in China and Hong Kong have closed indefinitely and either postponed or outright canceled planned exhibitions and events in light of the rapidly spreading coronavirus.

The next edition of Art Basel in Hong Kong will take place in 2021, from March 25th to March 27th.

This article has been updated to include the news of Art Central’s cancelation.