Art Basel in Hong Kong galleries demanded a 50 percent discount on booth fees amid protests and fears of censorship. 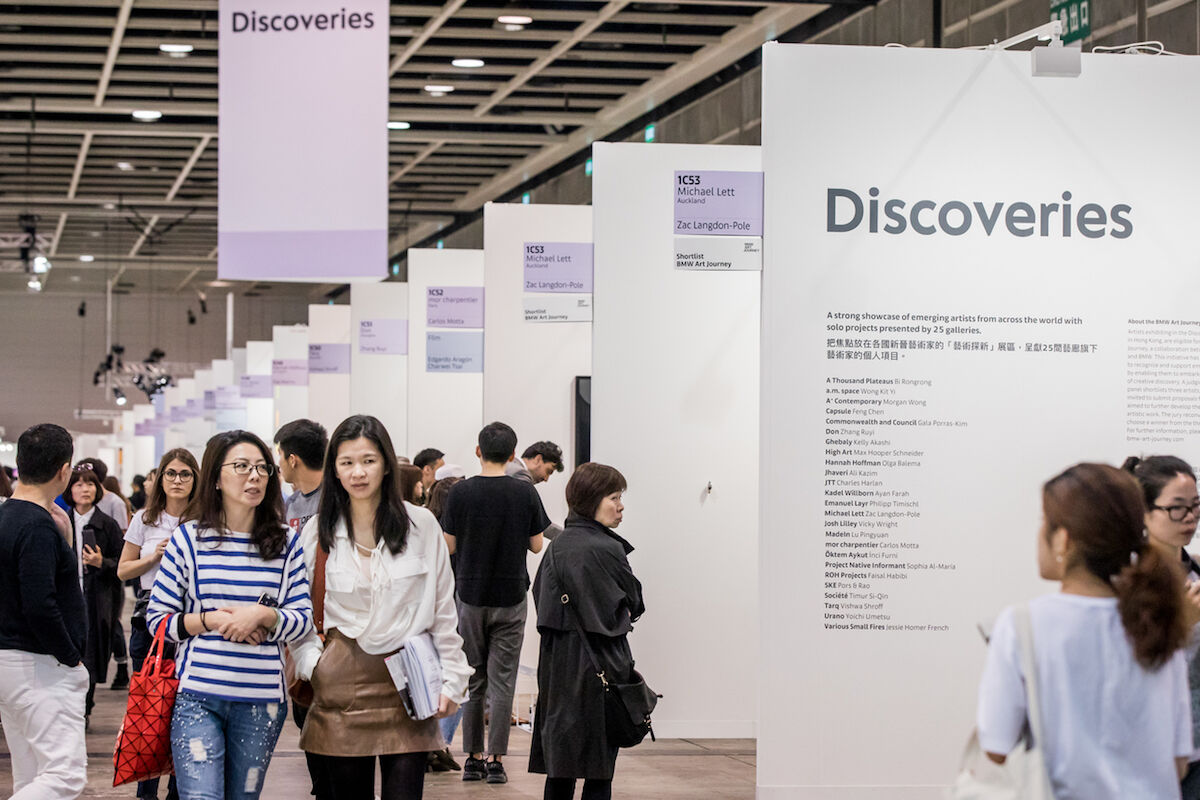 Visitors to the Discoveries section of Art Basel in Hong Kong in 2018. Photo © Art Basel.

Twenty-four galleries sent a letter to the organizers of Art Basel in Hong Kong in which they voice their concerns about the upcoming edition of the fair in March and demand, among other things, a 50 percent discount on booth fees. The letter—signed by galleries including Lévy Gorvy, Blum & Poe, Sprüth Magers, Galería OMR, Lisson Gallery, and Matthew Marks Gallery—was sent to Art Basel’s global director, Marc Spiegler, and the Hong Kong fair’s director, Adeline Ooi, on January 16th.

The letter raises concerns about the number of collectors who will attend the fair in light of the ongoing pro-democracy demonstrations in Hong Kong, and artists’ unwillingness to participate due to fears about Chinese crackdowns on freedom of expression. The dealers claim that this “is not a good year to hold this fair,” and call for booth fees to be slashed in half, an extension of fee payment deadlines to late February, the opportunity to scale back the sizes of their booths without incurring penalties, and access to affordable insurance.

In a response written on January 18th, Spiegler and Ooi claim that the number of VIP registrations for the fair is “consistent overall with previous years,” noting an uptick even in registered VIPs from mainland China. They concurred “that this year is not business as usual, and we are thus doing everything we can to support all the galleries coming to Hong Kong,” and also wrote that they would “work with exhibitors on alternate payment plans upon special request, and we are very willing to offer extended payment terms.” However, they declined to offer the hoped-for 50 percent booth fee discount.

Earlier this month it was revealed that three galleries had dropped out to the fair, following similar decisions in the fall by two unnamed galleries, according to The Art Newspaper. The fair had said it would lower its withdrawal fee from 100 percent of the booth costs to 75 percent. It has also said it would offer discounts at restaurants and hotels for dealers, and would refund at least 75 percent of galleries’ booth costs in the event it has to cancel the fair entirely. This year’s Art Basel in Hong Kong fair is due to run March 19th to 21st.