The art dealer who bought Banksy’s holiday mural for £100,000 will create an urban art center around it. 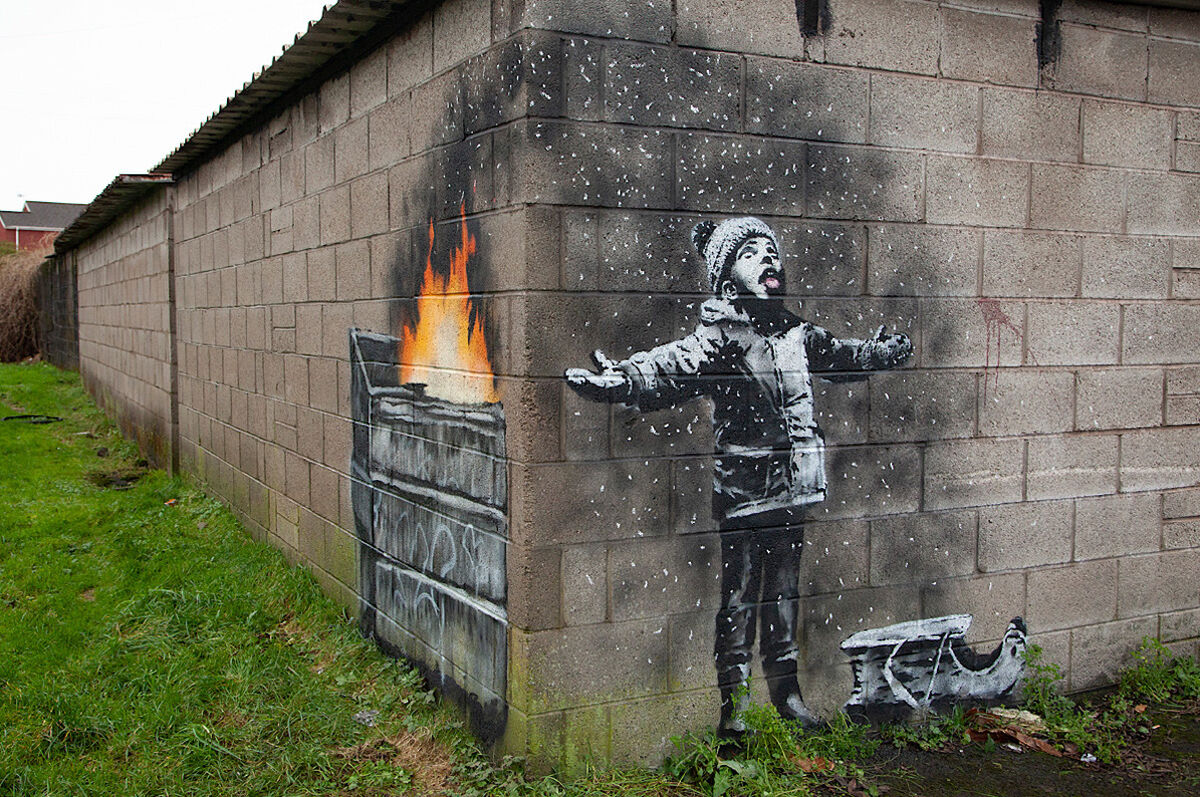 The Banksy mural in Port Talbot, Wales. Via banksy.co.uk.

For 55-year old steelworker Ian Lewis, “Christmas had come early.” Last month, the infamously-anonymous British street artist Banksy claimed authorship of a mural that had appeared overnight on his garage in Port Talbot, Wales. On Friday, The Sun reported that Lewis had sold the mural, Season’s Greetings (2018), for £100,000 ($128,721) to Essex-based dealer John Brandler.

Lewis said he’d received several offers for the Banksy mural, and while Brandler’s might not have been the highest bid, his promise to keep the work in Port Talbot and available to the public won Lewis over. Brandler now plans to build an urban art center in the south Wales town, which he recently visited to discuss details regarding the facility’s location with local council members and a representative from the Welsh assembly. Thousands have gathered at Lewis’s garage to look at the latest Banksy since it appeared last month, and the Welsh government has even allocated funds for security arrangements.

Although this isn’t Brandler’s first or most expensive Banksy, he nonetheless told The Sun that he’s “chuffed” to have it.