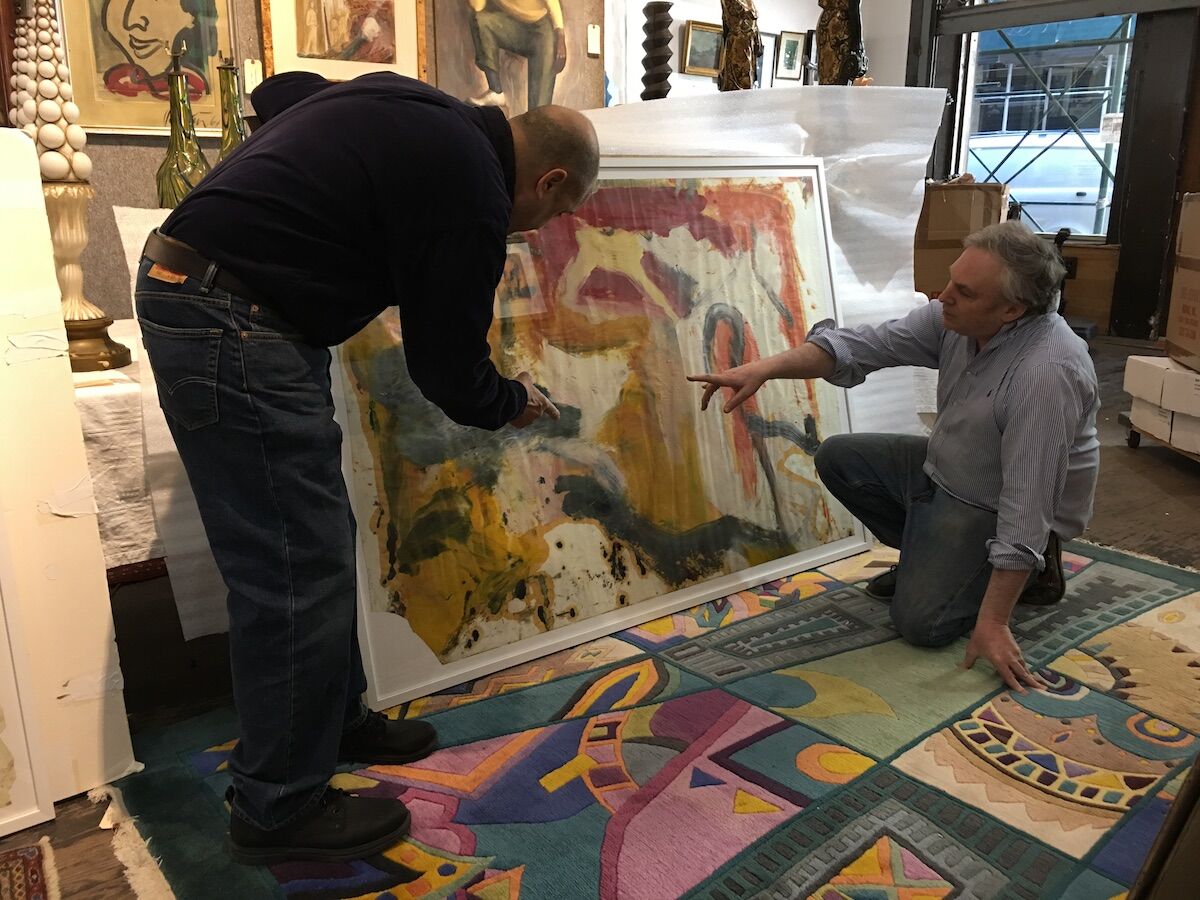 A New York art dealer claims that the contents of a New Jersey storage locker he bought for $15,000 includes six works by the famed painter Willem de Kooning. Last year, David Killen, who runs a showroom and auction business in Manhattan, bought the contents of a storage unit in Ho-Ho-Kus, New Jersey, that contained some 200 works from the studio of the late art conservator Orrin Riley, who founded the Guggenheim Museum’s conservation department before launching his own private restoration business in Manhattan.

“What they showed me was a bunch of junk, basically,” Killen told the New York Post. “I see these huge boxes that say de Kooning on them. [...] What are the odds of finding a de Kooning in a storage unit? It’s unheard of!” While it’s true that finding a de Kooning in a storage unit is quite unlikely, New Jersey’s storage facilities seem to be full of rare treasures, from valuable artworks to guns and drugs, perhaps contributing to the self-storage boom in the state.

The paintings Killen discovered are unsigned, and the Willem de Kooning Foundation does not authenticate works. Instead, he enlisted the services of art conservator Lawrence Castagna—who trained under Riley and was previously a studio assistant to Willem and Elaine de Kooning—to weigh in on the works. “In my opinion, they are [by de Kooning],” he told the Post. “There’s no doubt about it.” He believes the works in question are from the 1970s, when the de Koonings were living and working in the Hamptons.

If he is correct, the works may result in a major return on Killen’s $15,000 investment—the current auction record for a de Kooning was set at Christie’s in 2016 when Untitled XXV (1977) sold for $66.3 million. Killen plans to unveil the works Tuesday night at his West 25th Street gallery and auction them off starting in the fall.