An art historian claims to have identified Leonardo da Vinci’s only known sculpture. 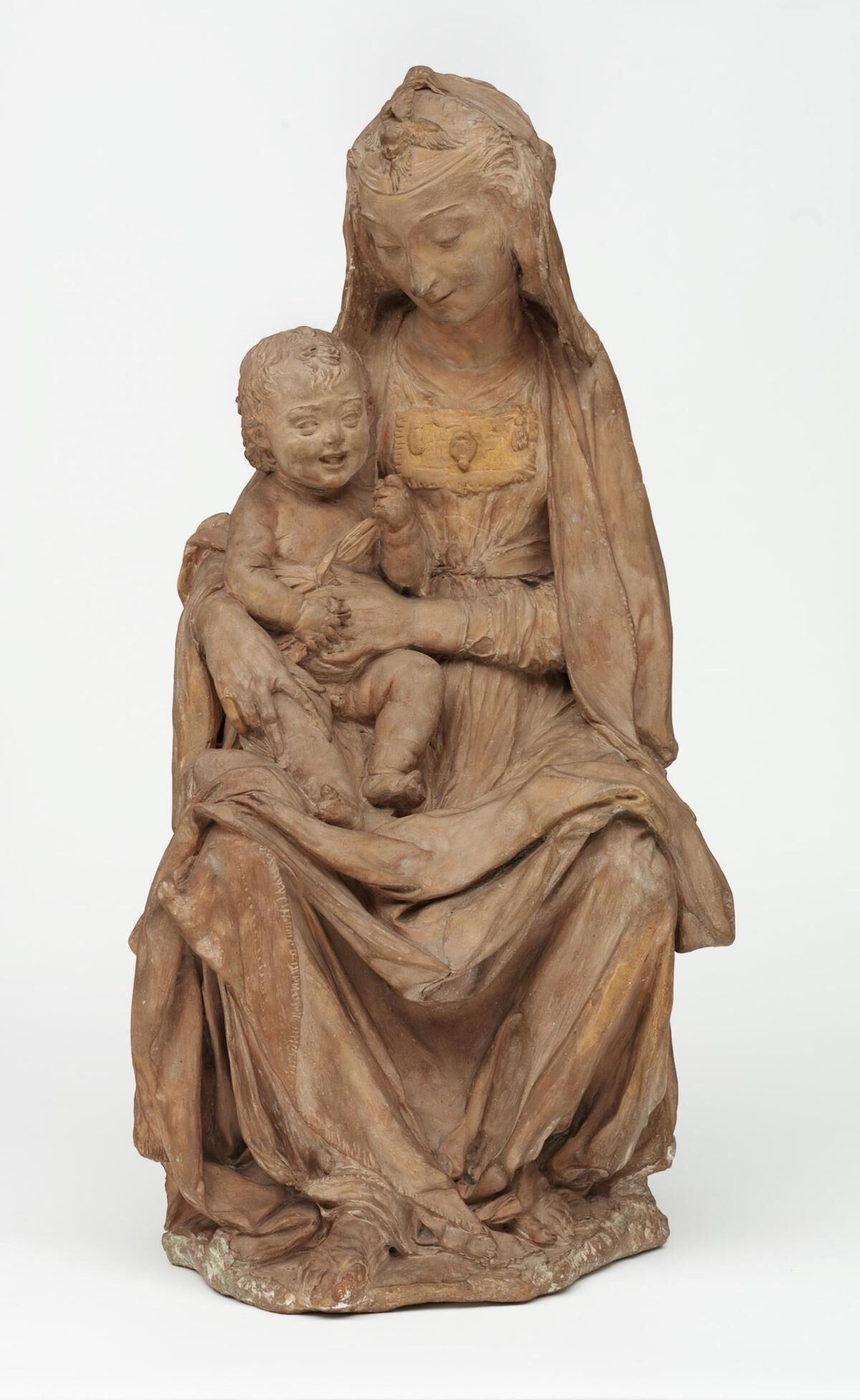 A small 15th-century terracotta statue titled The Virgin with the laughing Child (c.1465) is scheduled to be shown next month at the Palazzo Strozzi in Florence, Italy, and has recently been attributed to Leonardo da Vinci, which would make it the only existing sculpture by the Renaissance master. The Victoria and Albert Museum (V&A), which owns the work, attributes it to 15th-century sculptor Antonio Rossellino.

The work was attributed to Leonardo by Francesco Caglioti, a professor of art history at the University Federico II of Naples. According to The Art Newspaper, Caglioti told the Italian newspaper La Repubblica that “there are a thousand details, which dispel any doubts regarding the attribution,” pointing to comparisons between the master’s painting The Virgin and Child with Saint Anne (c. 1503–19) and the Virgin depicted in the sculpture, particularly the similarity between their smiles. Caglioti also cites similarities between the Virgin’s robes relative to the movement of the fabric in Leonardo’s famous painting The Annunciation (c. 1472). When asked if the V&A has accepted his findings, Caglioti said “[I have] no idea but I really hope they do.”

In a statement sent to Artsy, a spokesperson for the V&A said:

In light of the V&A’s own ongoing research into The Virgin with the Laughing Child, we were delighted to offer this sculpture on loan to Palazzo Strozzi for this major exhibition on Andrea del Verrocchio and his workshop, for the first time since its acquisition in 1858. The early history of this sculpture is unknown, and over the years it has been variously attributed to Rossellino, Leonardo, Verrocchio, and Desiderio da Settignano, none of which has met with universal acceptance. A potential attribution to Leonardo da Vinci was first proposed in 1899, so Professor Caglioti’s study opens up the discussion of its authorship afresh. The V&A welcomes ongoing discussion with colleagues worldwide: research into our collections is continuous, and we look forward to further scholarly insight which will no doubt result from this presentation within the upcoming exhibition.

What is the evidence? We do not have any sculptures made by Leonardo, so there is no comparison. And the smile? Already Ernst Gombrich pointed out that the Leonardo-type smile is a stock pile accessory which Leonardo inherited from Verrocchio. But any new opinion is welcome, as long as it has some evidence in its favour. So let’s wait and see what the evidence is.