An art historian’s 3D scans of Notre Dame Cathedral could be invaluable tools in its restoration. 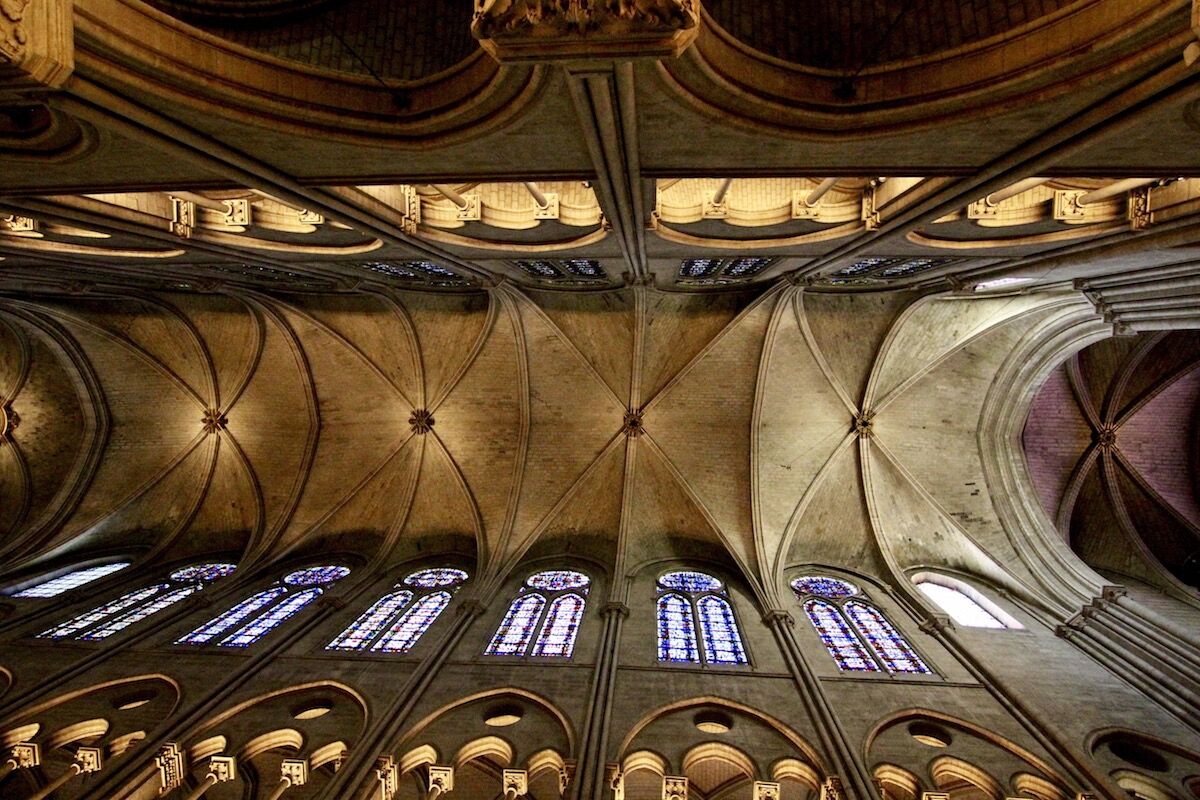 The ceiling of Notre Dame Cathedral in Paris. Photo by Kipp Jones, via Wikimedia Commons.

3D scans of Notre Dame Cathedral made by Andrew Tallon, an art history professor at Vassar College who passed away last November, may prove vital in the cathedral’s restoration following this week’s devastating fire.

Tallon’s 3D scans were made using a laser mounted to a tripod that would sweep a designated area, measuring the distance between the scanner and every point it hit, demarcating these points with a series of colored dots that cumulatively formed a three-dimensional image of the cathedral. Tallon told National Geographic that, “If you've done your job properly, [the scan is] accurate to within five millimeters." Tallon would then take a panoramic photograph from the same spot, mapping the photograph onto the laser-generated dots, culminating in remarkably realistic and accurate renderings. Tallon did this throughout more than 50 locations inside and around the cathedral, collecting over a billion points of data.

Tallon told a documentary crew in 2015:

When you’re working on medieval buildings, it’s difficult to have the impression you can say anything new, because they’ve been looked at and written about for ages. [...] So I’ve been using more sophisticated technology these days to try to get new answers from the buildings. The best technology that could solve certain problems like this is the laser scanner. It allows one, for the first time in the history of writing about Gothic Architecture, to say things with relative certainty.

It’s expected that Tallon’s scan data will be consulted to recreate measurements for beams as well as for the overall structure of Notre Dame. His digital model will also play a major role in reconstructing the cathedral’s spire, which collapsed in the fire. A devotee of Notre Dame, Tallon co-founded the Friends of Notre-Dame de Paris in America and in 2017 he posted this 3D walking tour of the cathedral’s roof.