An art historian’s cat clawed a hole into the 17th-century painting he was restoring. 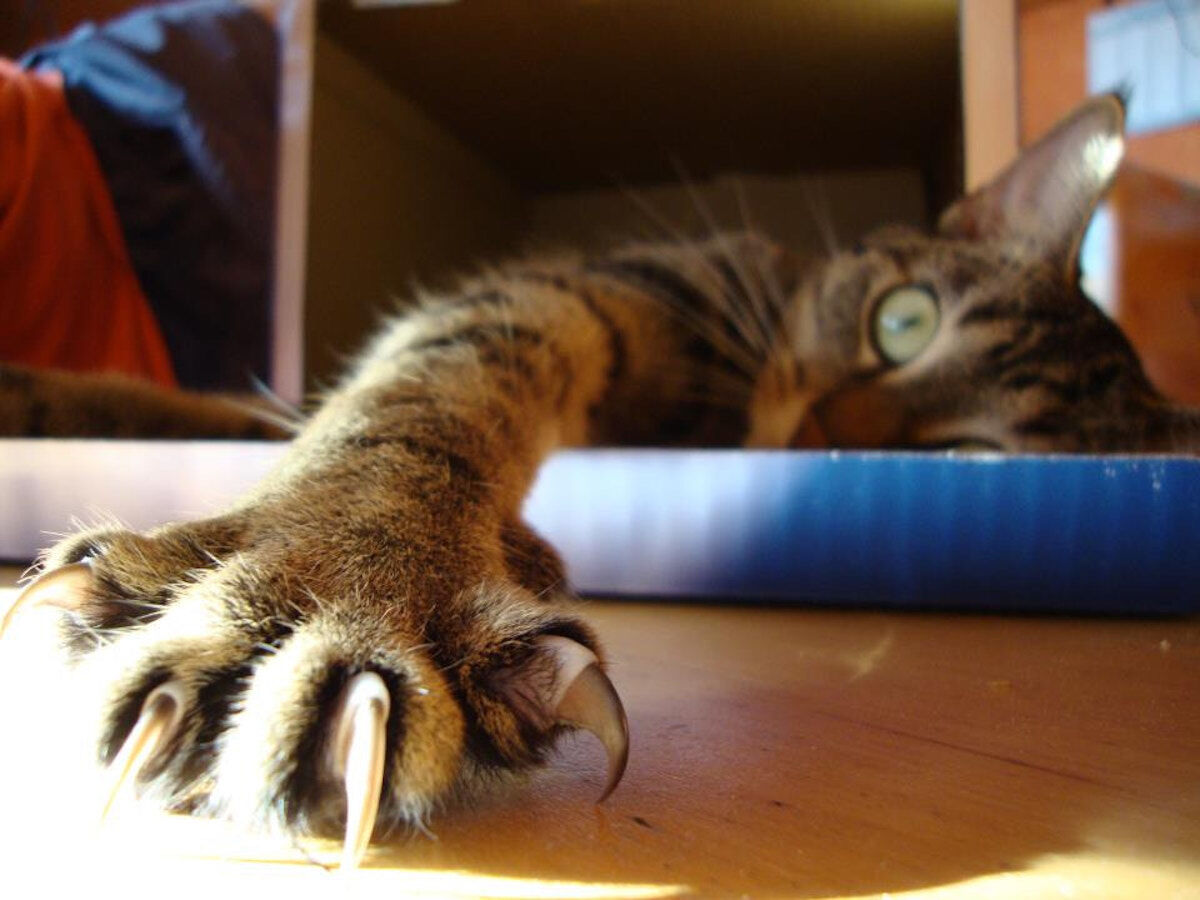 A cat (Bendor Grosvenor’s cat Padme) shows off its claws. Photo by Fabian, via Wikimedia Commons.

The Internet is teeming with videos of cats swiping objects off of dressers. Damage is usually negligible and our furry friends are forgiven. Bendor Grosvenor’s cat, however, is in the doghouse now after it clawed a 17th-century portrait its owner bought for £5,250 ($6,680) in 2015.

Grosvenor, an art historian who has appeared on the BBC series Britain’s Lost Masterpieces and Fake or Fortune?, was restoring his John Michael Wright painting. “As I stood back to admire my handiwork, up jumped our cat, landing forcefully in the centre of the painting with a crunch,” he told The Telegraph. “Disaster.”

While the painting was not completely destroyed in the cataclysmic attack, Grosvenor says it will never return to its original condition and repairs could cost almost as much as the painting itself. He had been working to repair two small tears in the canvas, but now it has a large hole at its center.

His cat Padme, Grosvenor added, is “not a fan of John Michael Wright, and regrets nothing.”