Art Stage Singapore has been abruptly cancelled a week before it was set to open. 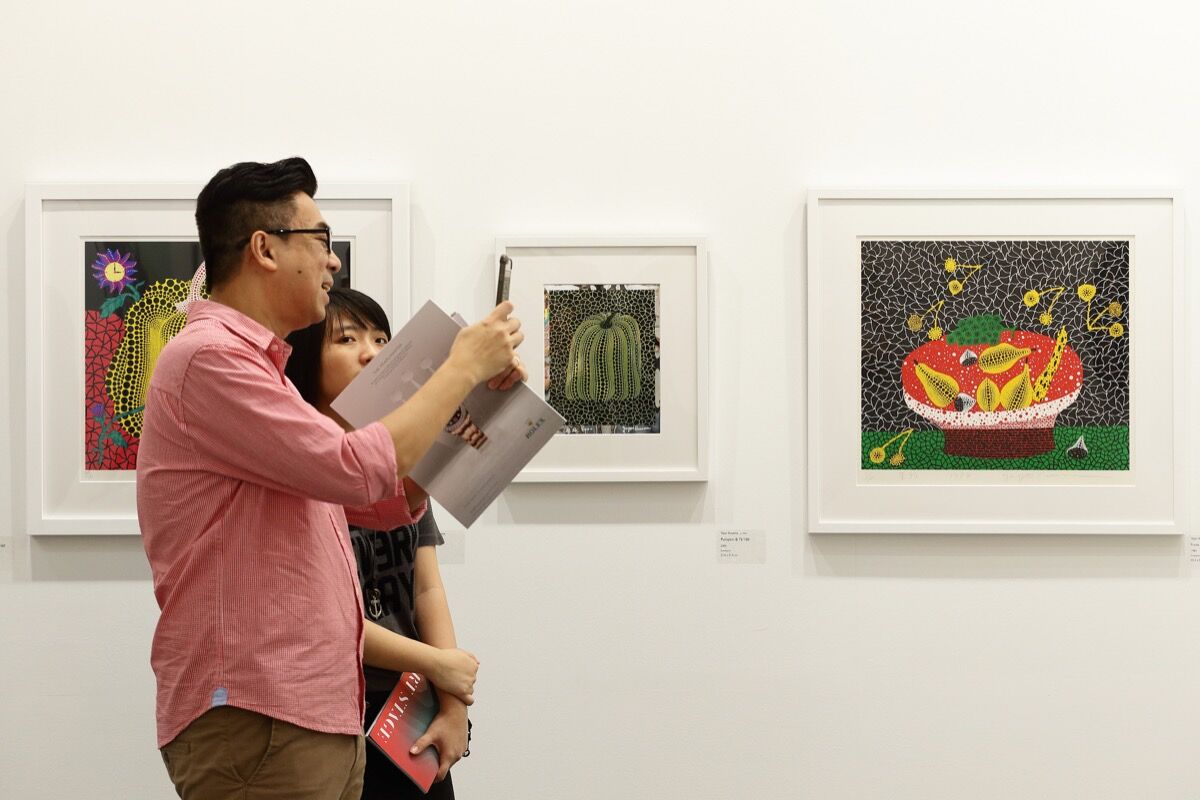 Art Stage Singapore is no more. The fair, started by former Art Basel director Lorenzo Rudolf in 2011 as a major contemporary expo in an emerging Asian collector hub, was set to be held from Jan 25 to 27 at the Marina Bay Sands Expo & Convention Centre. But multiple galleries were told by the founder in an email Wednesday morning they should "cease all preparations for Art Stage Singapore 2019” just over a week before what would have been its ninth edition.

The South China Morning Post got a hold of the letter from Rudolf, which reads:

The fair was supported by Singaporean government bodies. In a statement, the National Arts Council, the Singapore Tourism Board and the Singapore Economic Development Board said:

Stage Singapore has cancelled the 2019 edition of its fair. It is unfortunate that exhibitors, partners and collectors who had planned to take part in the fair, will be impacted by this development. We understand that the cancellation is a commercial decision.

The Straits Times spoke with a director for the New York gallery Marc Straus, who said they had already invested a five-figure sum in the fair, including costs to ship work and bring in a curator from Korea. A director for Singapore-based Art Porters Gallery said they commissioned an artist to make work specifically for the fair. It is unclear how galleries will pivot their programming now that the fair is no more, or if they will get reimbursed for funds already spent. A director for the fair told the SCMP he could not comment on any kind of compensation for galleries and was waiting to hear the reasons for Rudolf’s abrupt cancellation.

Anyone surprised by the fair’s closure need only look at its dwindling number of exhibitors. In 2016 there were 143 exhibitors; last year the number had shrunk to 97. This year’s fair had fewer than 50 galleries signed up. There are two rival fairs set to open this year: S.E.A. Focus, which is opening during Art Stage Singapore’s slot, and ART SG, which was set to be a fair backed by Art Basel parent company MCH Group until the fair juggernaut backed out of funding it late last year.

There are also other cities that have emerged as major art hubs in Asia. New fair Taipei Dangdai, which opens this week in the capital of Taiwan, is coming into its inaugural edition confident that the collector-stuffed city is the continent’s true hub to bet on. That fair’s founder is Magnus Renfrew, the former Art HK creator who became the founding director of Art Basel Hong Kong; he did not respond to a request for comment by press time on the closing of Art Stage Singapore.

Most foreboding for Art Stage Singapore demise may have come from Rudolf himself. Speaking at the opening of last year’s fair, he acknowledged the rise of rival contemporary art hubs, saying, “Strong economic growth has led to many new galleries and private museums opening in the Philippines, Indonesia and Thailand. Everywhere, everywhere, the art scene booms. The only place we have stagnation is Singapore.”

“If the market doesn’t grow, then I will have to reflect on what I do. I sure won’t be sitting here until the end,” he added.