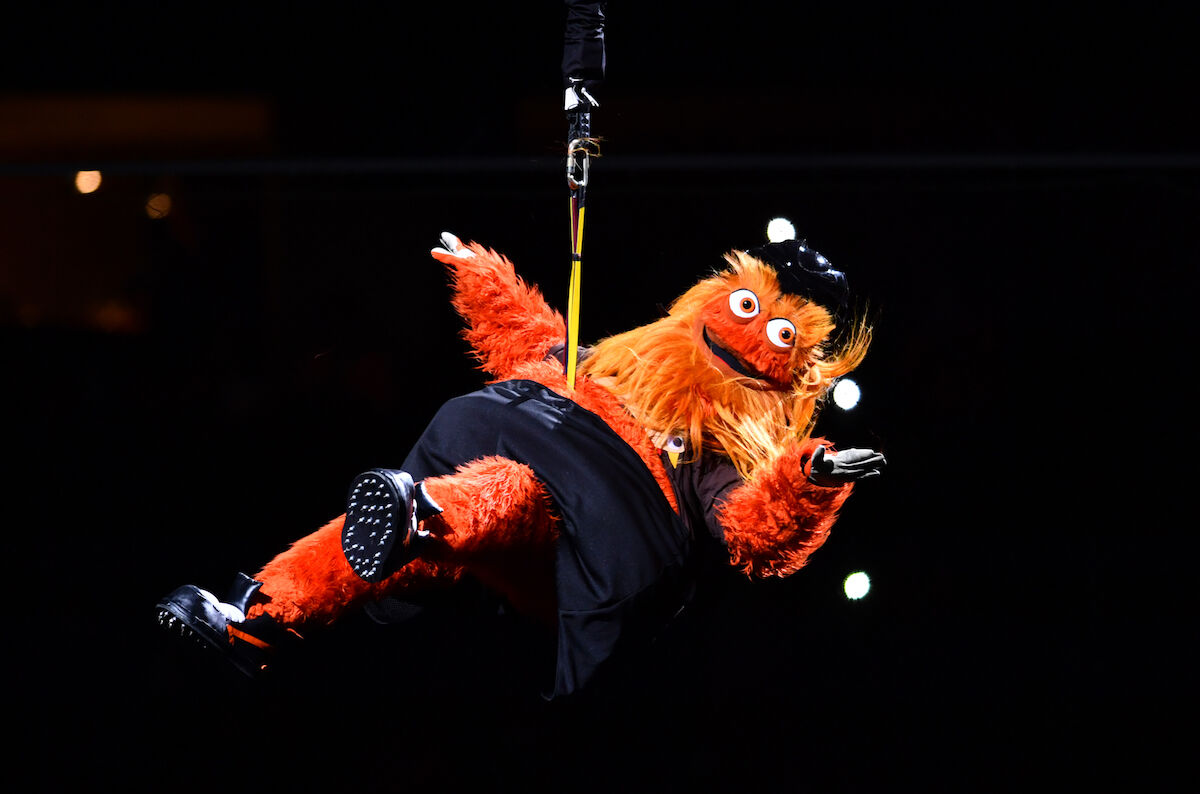 Gritty at a Philadelphia Flyers game on November 23, 2018. Photo by Kyle Ross/Icon Sportswire via Getty Images.

Last year, Artforum’s December issue broke from the cover convention it had come to rely on since the mid 1990s: the collage. The magazine’s “The Year in Review” issue for 2017 featured a photo on its cover of a home flooded by Hurricane Harvey near Freeport, Texas, taken by Charlie Riedel. This year, one whose absurdity could only be encapsulated by absurdism, Artforum opted to feature Philadelphia Flyers mascot Gritty swinging from a harness against a black backdrop for its forthcoming “Year in Review” issue.

Gritty, the furry, bright-orange, seven-foot-tall, and perpetually wide-eyed viral sensation who resembles a love-child of McDonald’s Grimace and Zoe the Muppet, debuted this September. The Flyers’ first mascot in more than 40 years quickly became a meme and, of all things, a vessel for leftist, pro-union, ANTIFA-approved messages.

In response to my tweet applauding Artforum for breaking with tradition to offer an example of “art pubs taking themselves a bit less seriously,” the magazine’s senior editor, Lloyd Wise, shot back: “who said we're not taking ourselves seriously?” before adding that the issue contains a “related essay.”