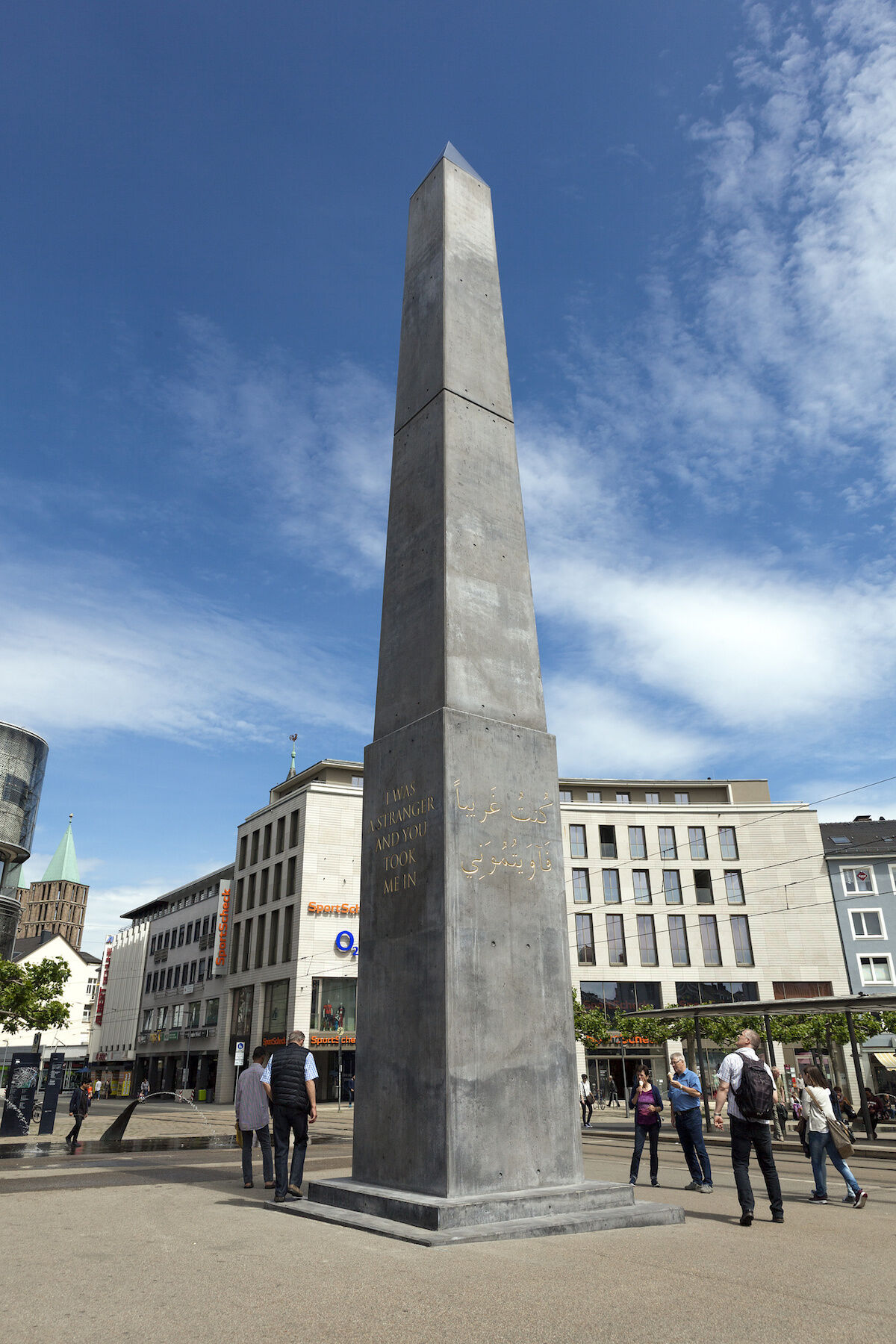 Just over a week after it was dismantled under pressure from members of the far-right Alternative for Germany (AfD) party, Olu Oguibe’s Monument to Strangers and Refugees (2017) has been saved.

The 53-foot-tall artwork—an obelisk inscribed with the Bible verse “I was a stranger and you took me in” translated in four different languages—was installed in Kassel, Germany’s central square, Königsplatz, in June 2017 as part of the quinquennial exhibition Documenta. In January of this year, the city embarked on a fundraising campaign to buy the work so that it could remain on permanent display, but also proposed moving it, a plan Oguibe objected to on the grounds that he’d created it specifically for Königsplatz.

“There is no way that I could possibly agree with, or approve of, or be party to the removal of the obelisk from Königsplatz,” Oguibe said at the time.

Now, the artist and the city have reached an agreement to move the sculpture to the nearby pedestrian street Treppenstrasse. “As the forces of intolerance resurge and try to reverse the human values and institutions that many have fought to so hard to advance and protect, we need the monument and its message ever more urgently,” Oguibe said in a statement quoted by The Art Newspaper.