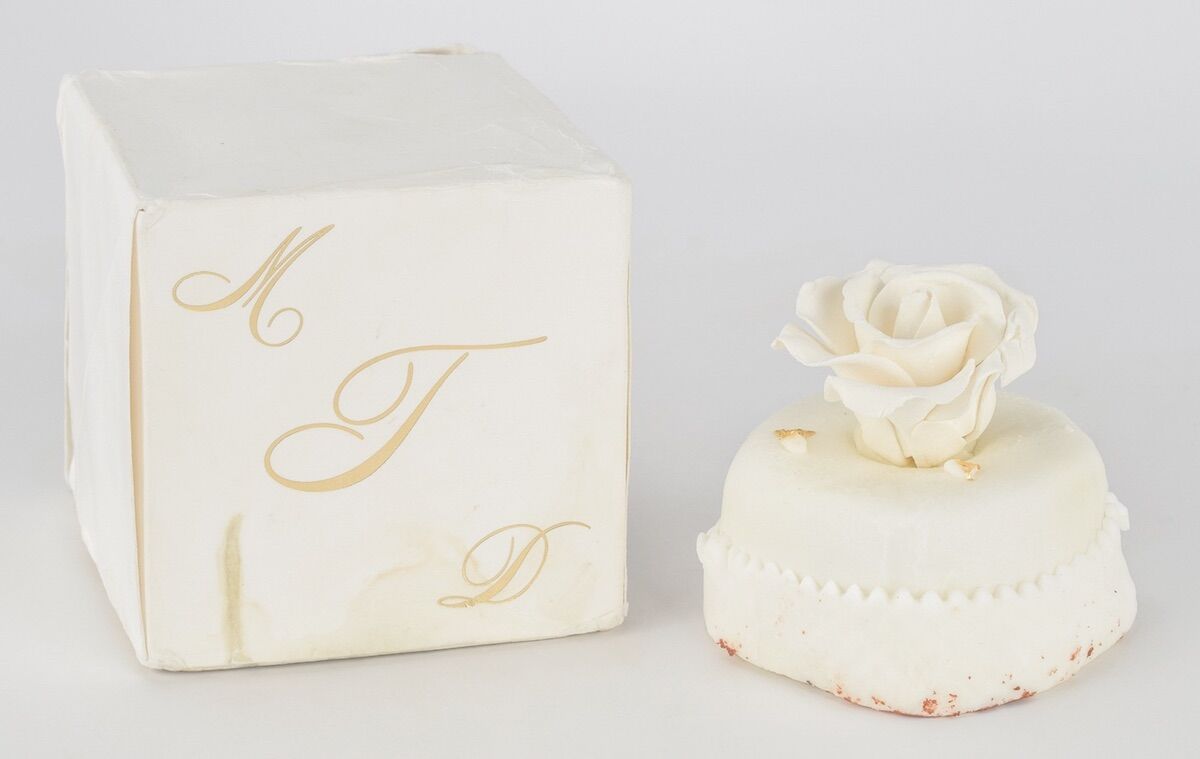 A miniature cake given to guests at Donald Trump’s third wedding in 2005 and recently bought by artist Andres Serrano at RR Auction for $1,880. Courtesy RR Auction.

Andres Serrano, the artist most famous for his 1987 photograph Piss Christ—an image of a small crucifix submerged in what’s purported to be the artist’s urine and a major talking point in the right’s crusade against the National Endowment for the Arts—has purchased a miniature chocolate cake from U.S. President Donald Trump’s third wedding. Serrano purchased it at an auction in Boston for $1,880 earlier this month.

The 14-year-old “chocolate truffle cake with single sugar-spun buttercream rose and gold flakes” was given out as a souvenir at the President’s 2005 wedding to Melania Knauss, according to the lot description on RR Auction. It is three inches tall and still has its original box from the wedding night, complete with a monogrammed MDT and “scattered stains.” It’s a miniature version of the event’s main confectionary attraction, a seven-tier, 200-pound, $50,000 sponge cake adorned with 2,000 individual spun sugar flowers that wasn’t even served to guests because of its elaborate wire support structure. (Serrano’s miniature cake last traded hands in 2017, at Julien’s Auctions, when it fetched $2,240.) 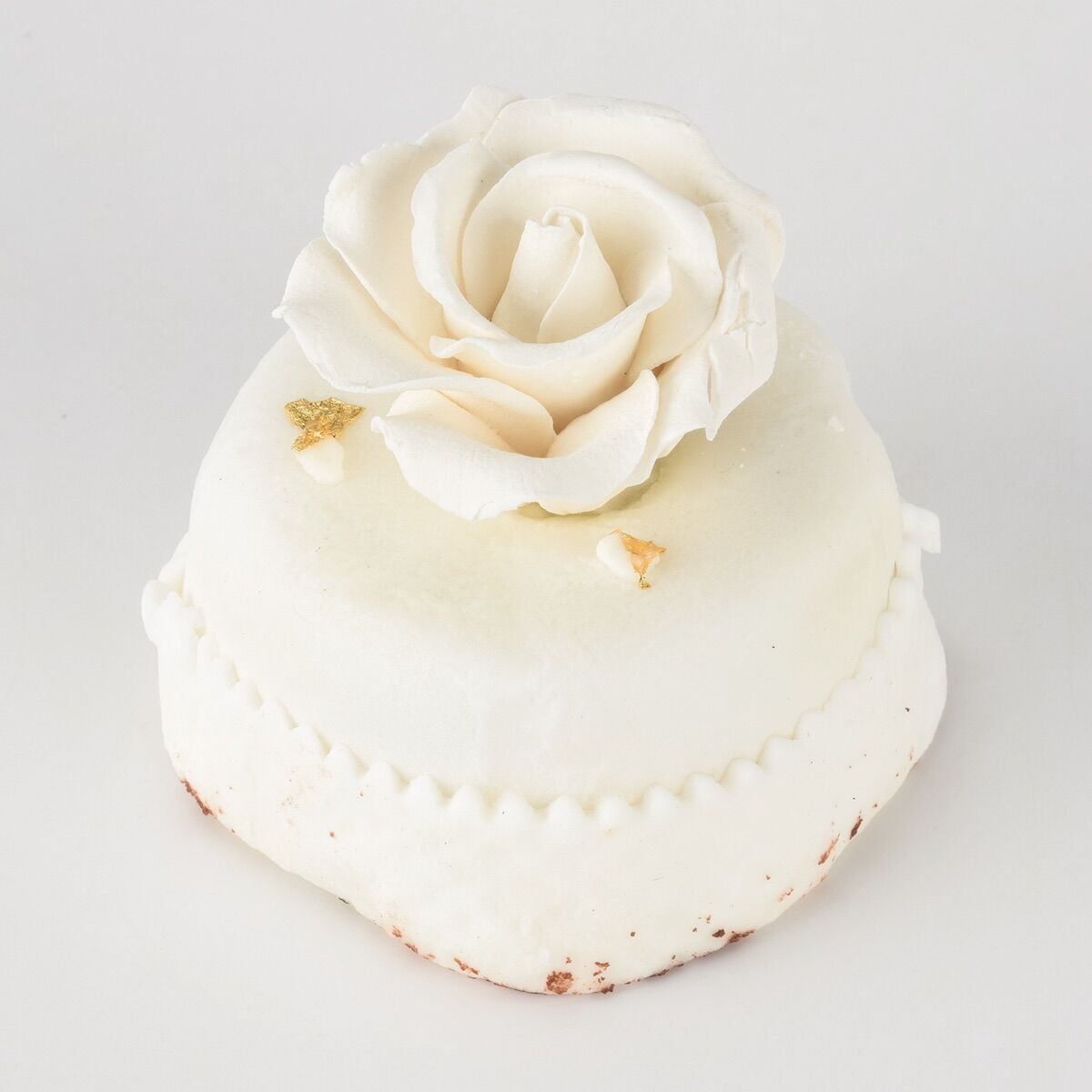 A miniature cake given to guests at Donald Trump’s third wedding in 2005 and recently bought by artist Andres Serrano at RR Auction for $1,880. Courtesy RR Auction.

When asked what he intended to do with it, Serrano told The Art Newspaper:

Artists work in mysterious ways. You never know what they’re up to! I don’t like to talk about things until I’m ready to talk.

Serrano photographed Trump in 2004 for his series “America,” which also includes portraits of the rapper Snoop Dogg and the late model Anna Nicole Smith. 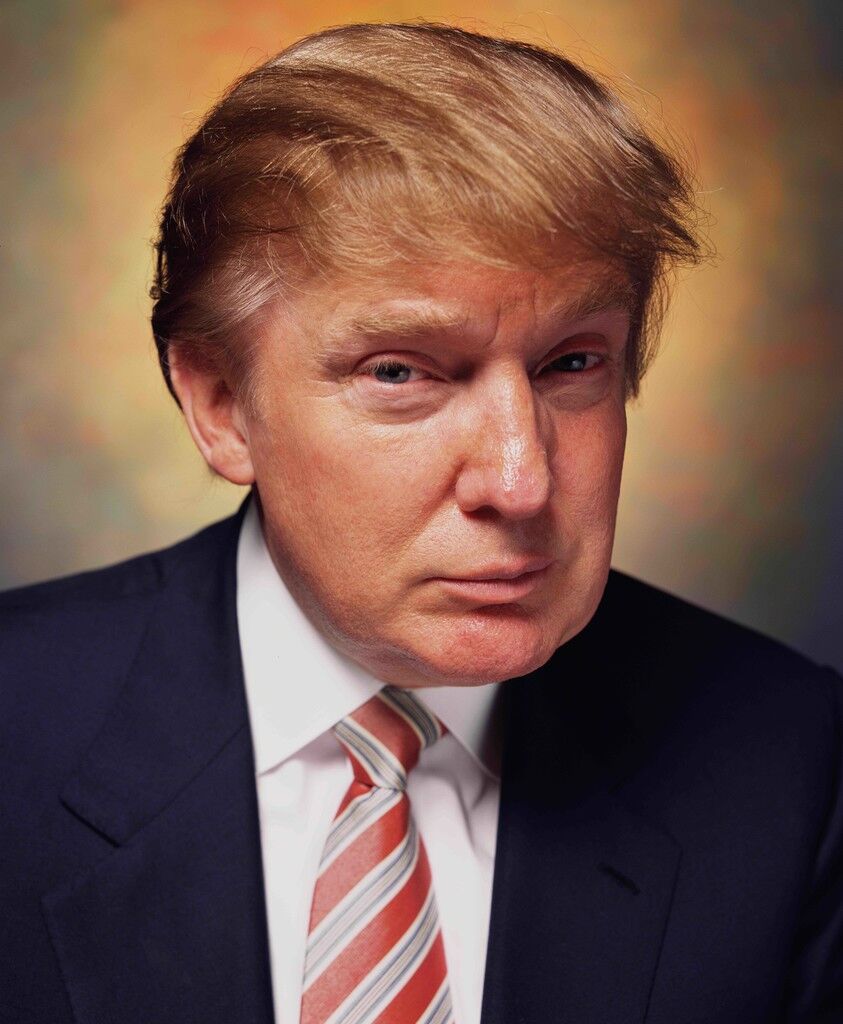