An artist has been buried alive in Australia to protest the country’s treatment of Aboriginals. 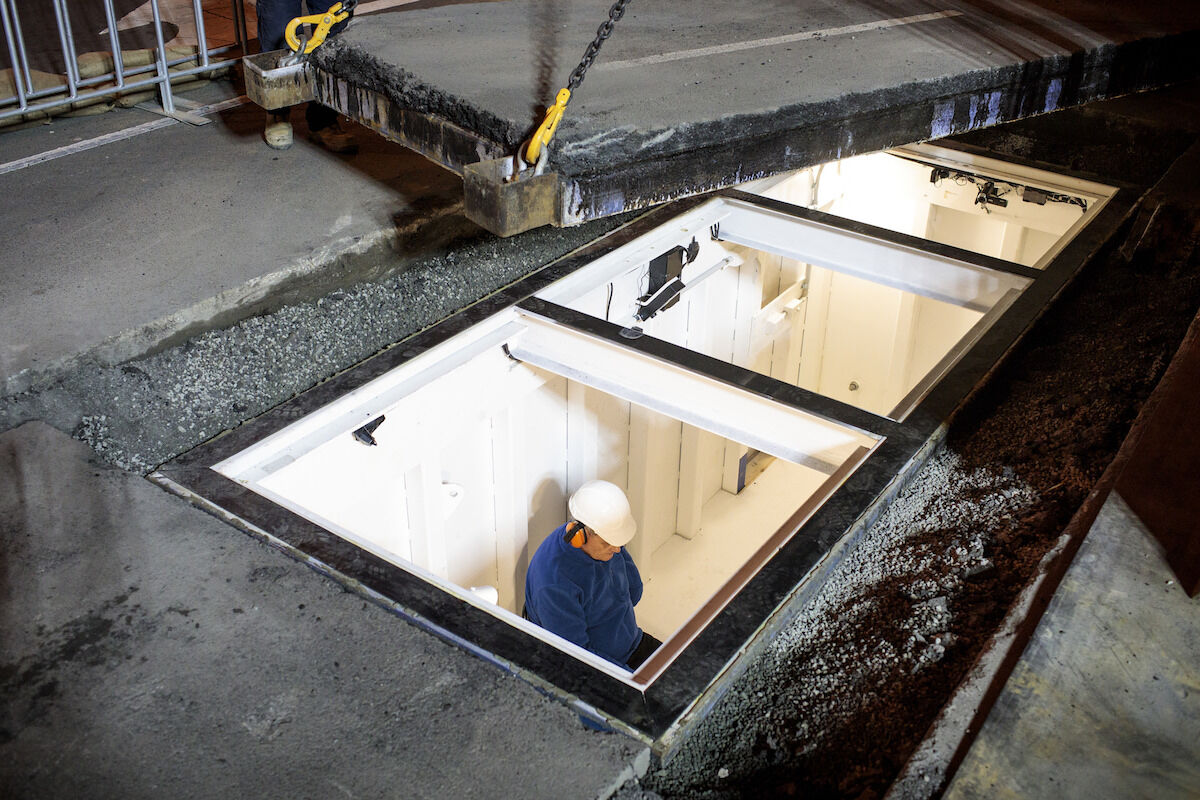 Mike Parr, Underneath the Bitumen the Artist, 2018. Courtesy of Dark Mofo and the Museum of Old and New Art.

On Thursday night in Hobart, the capital of Tasmania, the artist Mike Parr stepped into a 25-square-foot box that was lowered into a hole in the street. Construction workers then sealed the ground shut again with asphalt, starting a 72-hour-long performance during which he’ll remain buried alive.

Entitled Underneath the Bitumen the Artist, the work is meant to protest the marginalization of the history of the Indigenous Tasmanians, who were mostly wiped out by the British during the Black War in the 19th Century. (Bitumen is the Tasmanian word for asphalt.) He told the New York Times that the political work was inspired by Kasimir Malevich’s Black Square, saying that it’s channeling “the null of the image.”

But some indigenous activists are protesting the performance, saying that as a white artist he should have consulted with Aboriginals while planning it, or done more to explicitly reference the plight of the group. Heather Sculthorpe, who is chief executive of the Tasmanian Aboriginal Center, referred to the act as an “insult” and told the Times, “It’s when people feel used as objects and not part of the venture that people get annoyed.” Parr responded by saying that he doesn’t need to get permission before making a work of art.

As of this writing, as far as we know, Parr is still inside the box, kept company only by a bed, a pad and pencils, a waste bucket, and a book of Australian history. He gets exhumed Sunday.