An artist and gallerist used a satiric “gay conversion therapy” sign to solve a parking feud with a neighboring church. 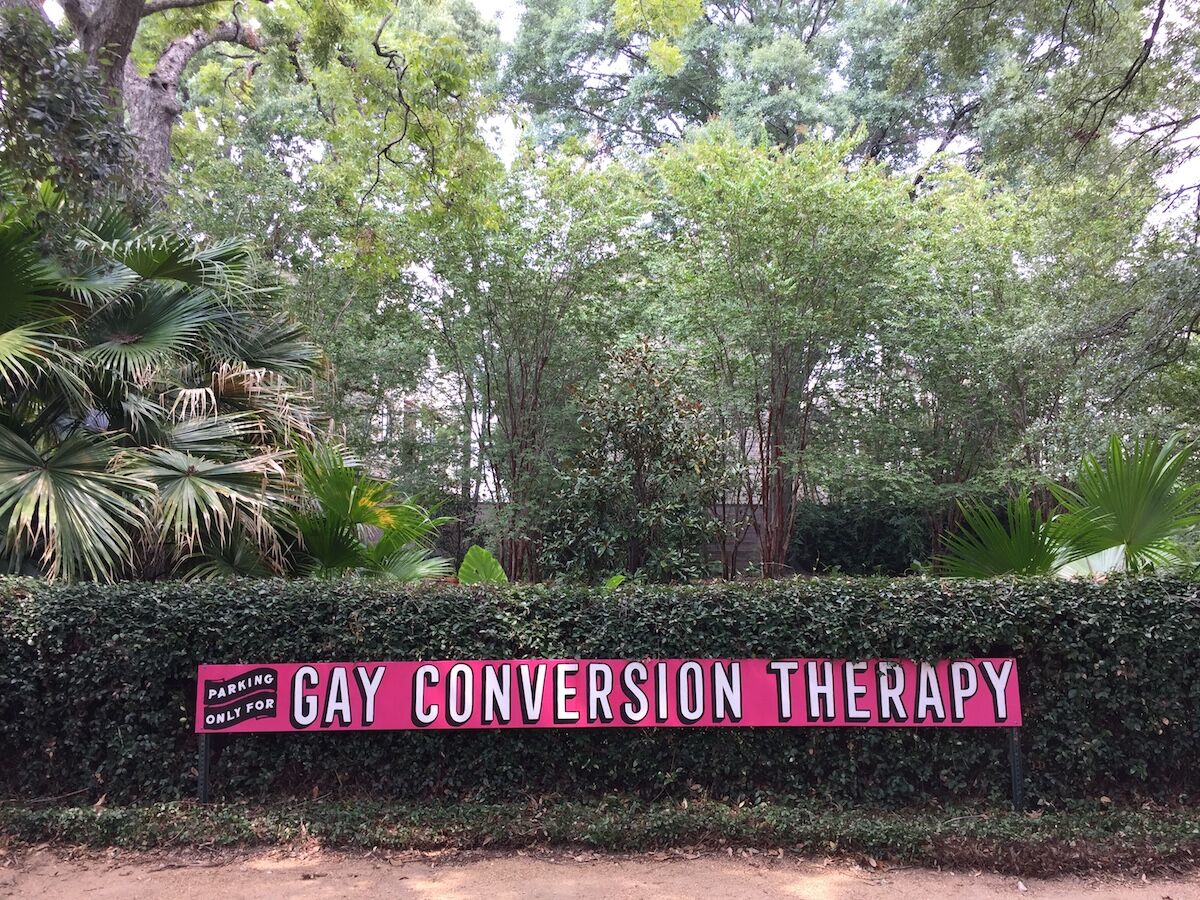 Ever since the River Pointe Church bought a building across the street from Houston’s Hiram Butler Gallery in 2015, the church’s members have been parking in the gallery’s four spaces. After numerous attempts to stop the spots from being blocked, Butler tapped artist Robert Rosenberg to design (and Melissa Eason to fabricate) a 16-foot-long sign that reads “Parking Only For Gay Conversion Therapy” in bold pink, black, and white.

“The reason we were contacted by the local news station in the first place is because somebody called them up to report what they thought was a homophobic sign,” he said.

For Rosenberg, meanwhile, the sign and an accompanying line of pink bumper stickers, which read “Follow me to the Blossom Gay Conversion Therapy Center, where we pray the straight away,” should only be offensive to one contingent.

“I don’t see how anyone who thinks very much can look at that sign and think it’s offensive—other than people who believe in gay conversion therapy and promote it,” he said. “It’s supposed to be a visual assault on those people. Maybe they’ll stop and think, ‘Oh yeah, that’s our idea, it doesn’t look so good in pink and black, 16 feet long.’”

The senior pastor at River Pointe Church, Patrick Kelley, issued an apology to Houston’s ABC 13, promising to “be diligent to prevent our guests from using Mr. Butler’s four parking spaces.”