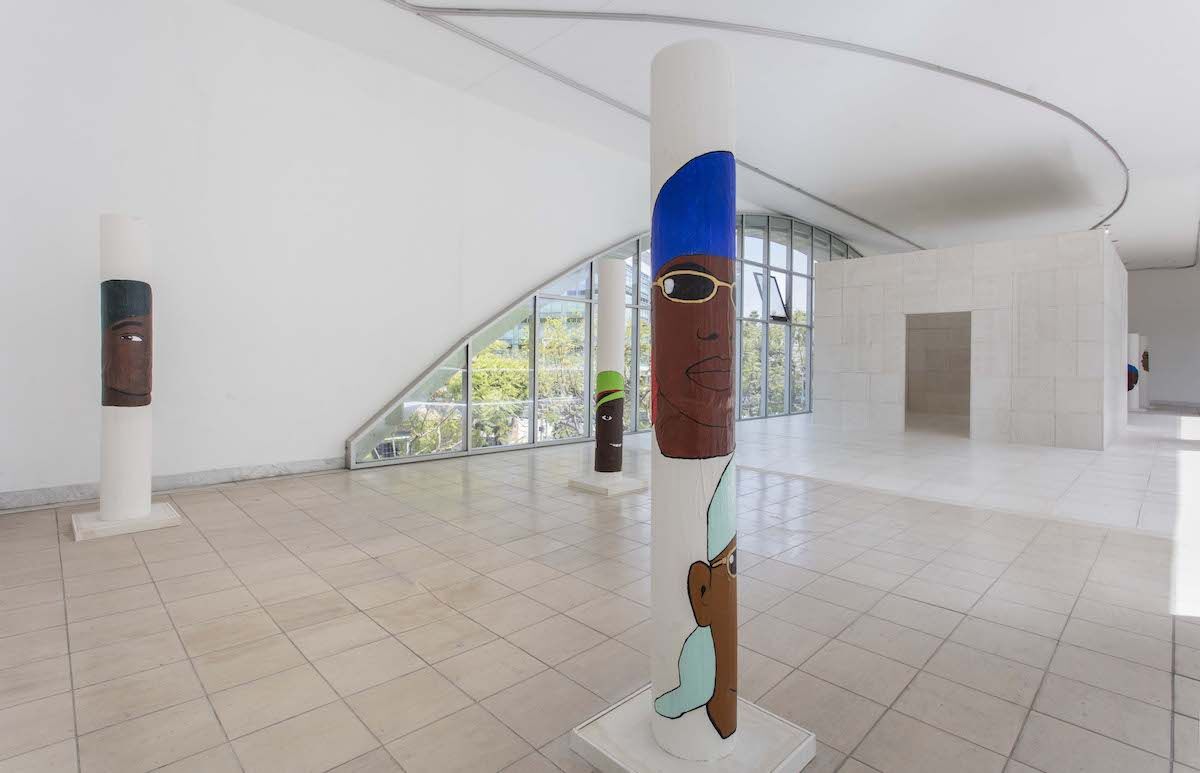 The Hammer Museum awarded the Mohn Award, the top prize given out in connection to the museum’s “Made in L.A.” biennial, to sculptor and installation artist Lauren Halsey. The award honors excellence in the exhibition, and comes with a $100,000 prize and a monograph to be produced by the Hammer. The Museum also announced the recipients of two $25,000 prizes: conceptual artist Daniel Joseph Martinez, in recognition of his influence on other artists in Southern California both through his studio practice and as a teacher; and performance artist EJ Hill received an award determined through popular vote by visitors to the Hammer.

Halsey’s winning installation, The Crenshaw District Hieroglyph Project (Prototype Architecture) (2018), is an ambitious, full-scale mockup for a monument bringing together elements of Afrofuturism and Egyptian hieroglyphs with everyday scenes from life in Los Angeles in a rectangular pavilion and series of freestanding columns.

“It points to this unknown universe or world,” Thomas J. Lax, an associate curator at the Museum of Modern Art who served on the independent jury for the prizes, told the Los Angeles Times. “She’s kind of built a cosmology that is its own semi-autonomous architecture.”

After this year’s edition of “Made in L.A.” closes next month, Halsey’s project will be realized along Crenshaw Boulevard in South Central L.A., in a public space that Halsey frequented as a child, when it was an African bazaar.

“I’m interested in creating legible, real representations of who we were centuries ago or five minutes ago, and of who we can become five seconds from now or one hundred years from now,” Halsey recently told Art in America.