An artist made a two-acre-large portrait of Beto O’Rourke in a field near Austin, Texas. 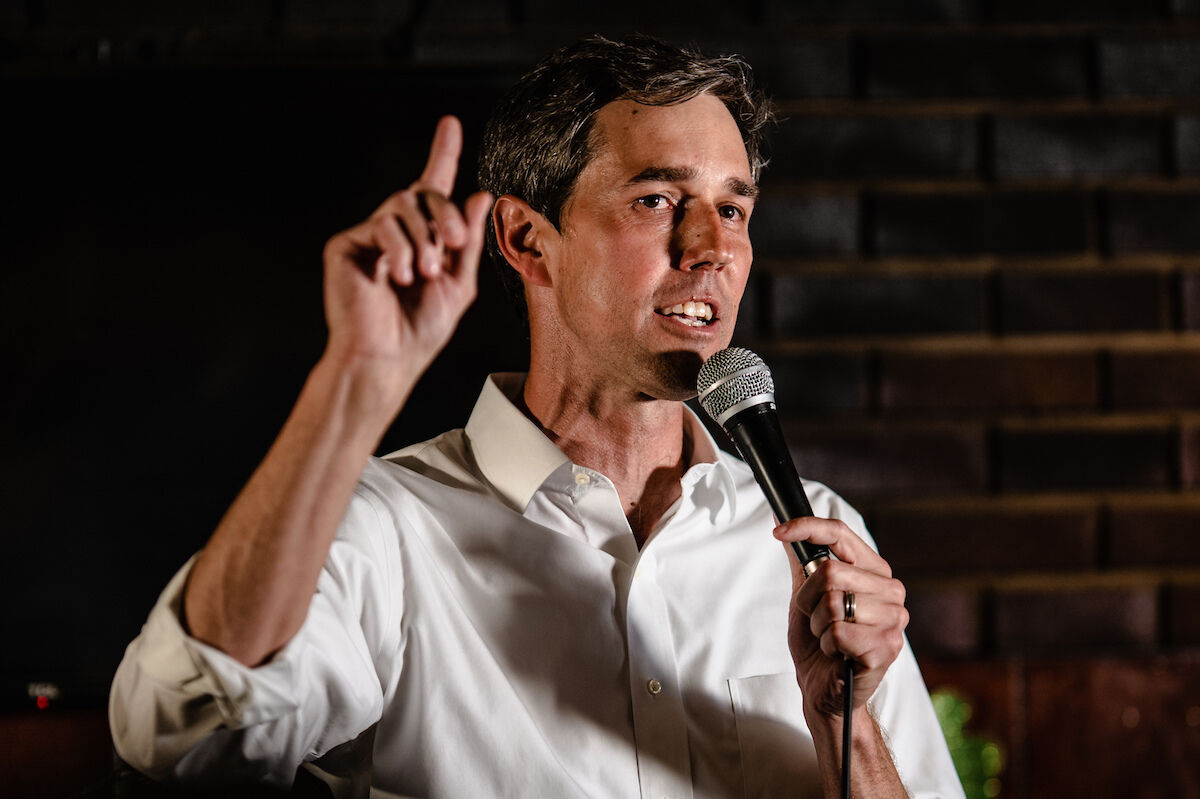 Beto O’Rourke at a rally in Cleveland. Photo by Erik Drost, via Flickr.

In a field about one and a half miles from Texas’s Austin-Bergstrom International Airport, Kansas-based artist Stan Herd has made a two-acre (almost the size of two football fields) ‘crop circle’ portrait of 2020 presidential hopeful Beto O’Rourke with the words ‘BETO 2020’ at its base. The work can be seen by those aboard planes arriving or landing at the airport.

Herd (who was once called the ‘Father of Crop Art’ by CBS’s Dan Rather) chose to render O’Rourke’s likeness using primarily materials sourced from the worksite itself, including earth, gravel, sand, mulch, and rock. Pecans being such a major product for Texas, he opted to capture the brown of the candidate’s eyes using pecan shells.

Herd told Austin ABC affiliate KVUE the artwork was a community-driven project. “We're trying to tell the story of this amazing man from Texas making a difference in the national climate,” he said. “It's kind of bringing community into an art effort, and that's the artist's dream.”

“Why not let your voice be heard?” John Zarr, the project manager who assisted Herd in this feat, told the station. “Part of the beauty in this is that everyone contributing feels like they are part of something larger than any one person or institution.” The pair added that the work cost more than $10,000 to create.