An artist shut down her exhibition on police brutality after the museum’s director was fired. 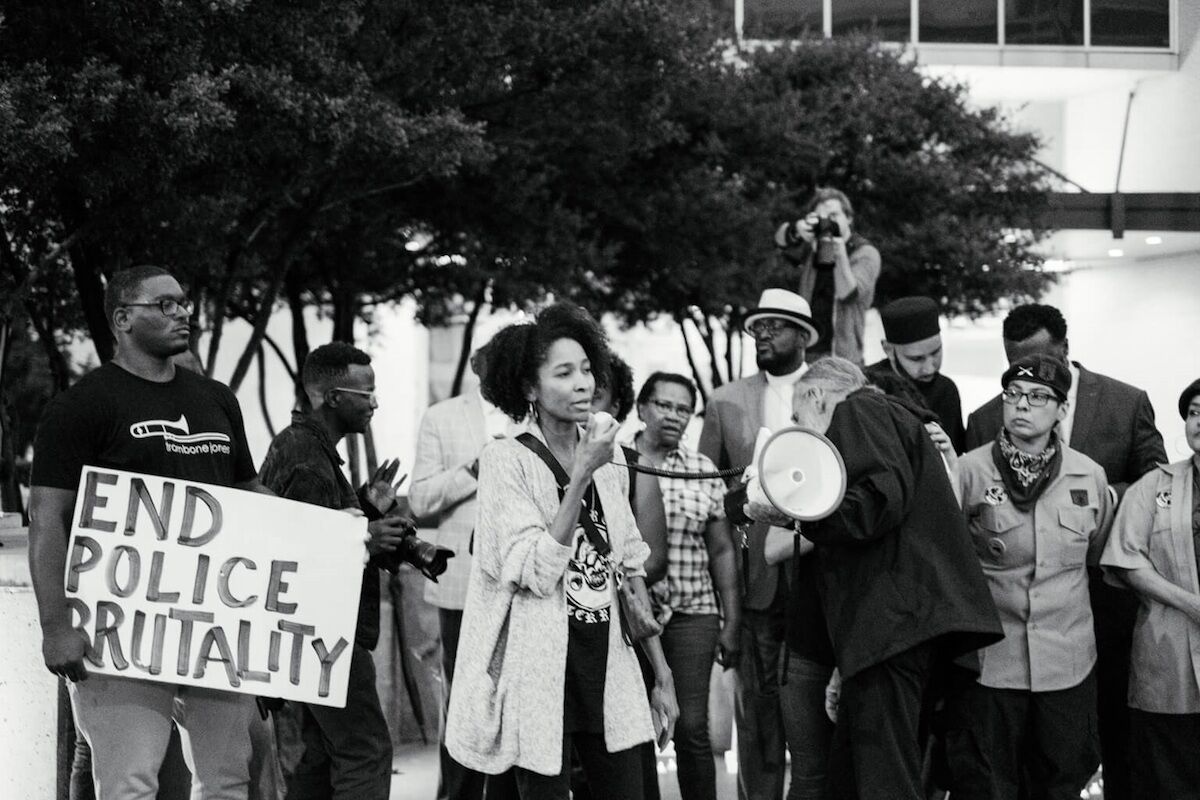 Last week, without warning and just before the opening of a major exhibition, Kimberli Meyer, the director of the University Art Museum (UAM) at California State University, Long Beach, was fired. No reason was given for her firing; Meyer had taken the helm at UAM just two years prior. On Sunday, the exhibition Meyer had been preparing with artist lauren woods, “American MONUMENT”—an installation about police brutality involving transcripts and turntables playing audio recordings related to police killings of African Americans—was due to open to the public. However, during a press preview before the opening, woods (who chooses to stylize her name to be entirely lowercase) announced that “American MONUMENT” would be “paused” indefinitely until Meyer’s firing is addressed.

“The University Art Museum, College of the Arts, and Cal State Long Beach, have kneecapped a project that is focusing on black lives and police brutality. They have killed a leadership initiative whose focus was to not only address white supremacy but to disrupt it,” woods said at the preview, Hyperallergic reported. “And so with great disappointment and profound sadness, I hereby declare the process to continue building ‘American MONUMENT’ paused.” A full version of the statement woods read has been installed in the museum and posted online.

Though the university’s administration has not offered any further explanation for Meyer’s dismissal, the Dean of the College of the Arts, Cyrus Parker-Jeannette, released a statement on Monday saying that “this decision was part of a longer-term process.” Parker-Jeannette and a representative for the UAM suggested that “American MONUMENT” and related programming will proceed as planned. But woods has maintains that the pause extends to all facets of the exhibition, adding: “We can’t even get to the point of discussing police brutality if we can’t consider institutional violence.”